The important Swiss architect Pierre von Meiss passed away in Lausanne (January 7, 1938 in Zurich - August 7, 2020 in Lausanne). This was announced by the Swiss Federal Institute of Technology Lausanne (EPFL), where he worked for over thirty years. Professor Pierre von Meiss was a recognized expert in teaching and creating educational programs, he worked with the FA CTU for a long time to find suitable pedagogical methods for teaching the basics of architecture and thus significantly influenced the teaching of first-year studios. 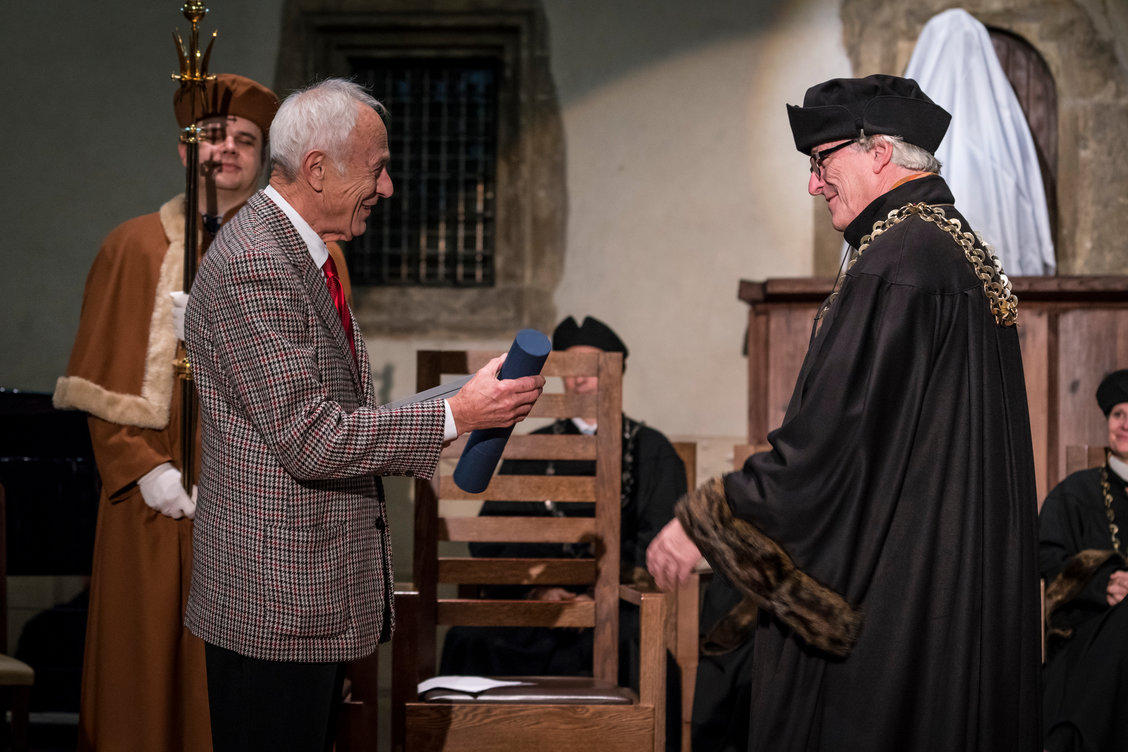 Pierre von Meiss was born in Zurich and graduated in 1962 from the Faculty of Architecture of the EPFL in Lausanne. After six years of practice in Geneva and Ithaca (New York), he taught architectural design for two years at Cornwall University in the USA. He was greatly influenced by his mentor there, by a prominent architect and theorist Colin Row and his followers.

From 1970 to 2003, he was a professor of Architectural and Urban Design and Theory at EPFL in Lausanne. His main motivation was teaching the basics of design, for which he was looking for suitable pedagogical methods. He founded and systematically developed the Experimental Laboratory of Architecture (LEA) at EPFL. It was used not only for research, but also for self-education of students through manual work, as it enabled the simulation of up to two-level spatial compositions and their lighting using 1:1 scale models. This pedagogical tool has proven to be extremely effective in the early stages of design.

In 1990, he organized a summer school for teaching architectural design at EPFL for young teachers from the newly liberated Eastern Europe (Jiří Hůrka, an architect and pedagogue from the Czech Technical University attended).

His own architectural practice was a constant source of knowledge for his teaching, as well as for research topics, the most important of which was the study of permanent and relatively unchanging architectural principles persisting in the changes of time. His efforts resulted in a major synthetic work - the book Elements of Architecture: From Form to Place (first edition 1986). This comprehensive guide to the architect's thinking has become one of the key textbooks for teaching architecture, translated into many languages. It offers the reader an introduction to architectural design seen from the perspective of today. The first Czech edition, which is a translation of the 3rd French edition from 2014, presents a revised content with three added chapters devoted to tectonics. (The author of the translation is doc. Michaela Brožová, language collaboration of Mgr. Zuzana Krýzlová, pedagogue of FA CTU, published by Archa, Zlín, 2018.)

Pierre von Meiss collaborated with the FA CTU for a very long time, he significantly influenced the concept of teaching ZAN studios - the basics of architectural design - for first-year students. In 2013, he also worked here as a visiting professor and during the summer semester he led six ZAN groups. In his interview for the magazine Pražská technika 4/2016, he states that FA CTU is an enviable place to study architecture. "The era of exceptional deans - from Vladimír Šlapeta to Zdeněk Zavřel and Ladislav Lábus - has transformed the school into an internationally recognized, ambitious institution in twenty-five years. From my own experience, I can confirm that the local studios of Fundamentals of Architectural Design are among the best in Europe today. "