The basic idea behind the design is to heal the damaged tissue of the urban structure and re-binding it. The goal is to create a readable and permeable residential area that has the ambition to become a subcenter of this part of the city. The measure of the project is a person moving on foot, or on a bicycle, and their daily experience of moving and staying in a neighborhood that lives throughout the day. The complex structure of the blocks allows easy orientation in the space, street profiles increase the sense of security, the different size and character of the public spaces encourage the discovery of other nooks. The proportion of people actively spending time in the streets and parks is increasing, with the emergence of soft social ties that provide permanent social control of the territory. The land's skeleton is a network of squares and neighbourly plots. The central point is the square with the church. The neighborhood is divided into several smaller sites. Each has an initiation point, the structure being complemented by intimate semi-public and semi-private inner blocks that allow secondary permeation through the territories.

The submitted work represents an over-thought-out concept of the New District in Olomouc on the territory of a large army brownfield site. The proposal is based on detailed analyses and an understanding of the potential of the site. The analyses serve not only to justify the author's proposal, but in particular to evaluate it. This resulted in a very structured assignment which is the main condition of the proposal for a comprehensive but understandable concept.

The pursuit of perfectionist detail, the interest in solutions as well as small real scale and parcels, which the author also applies to the often neglected design of green space and treehouse solutions, represents an unusual amount of work and effort. The entry into the "dangerous" field of over-specificity, however, was handled with adult ease by the author. Thus, the urban structure, complete with parterre detail and typical profiles, is not merely a “structural exercise,” but brings an ordered richness of environment and a typology of construction. Work does not ignore basic systems and pays great attention to the structure, function and hierarchy of public spaces. The new district is delicately divided into social-functional units. The proposal surprises in its balance and nature.

The project can be blamed on the concept of boundary areas, connections to a wider area, including the untapped potential of the river. The purported goals of broader relationships do not appear convincing in the proposal. The urban expression of the "local centre" and the Central Square is also debatable. The chosen scale and urban design of the Central Axis lacks the sensitivity and "self-reliance" of the design. The weakness of the whole work, then, is its graphic clarity; the "reader" is forced to "read between the lines" on the quality of the work, and to conjecture unspoken and unexpressed, albeit thoughtful, connections; the very ones that represent the exceptional value of the design. 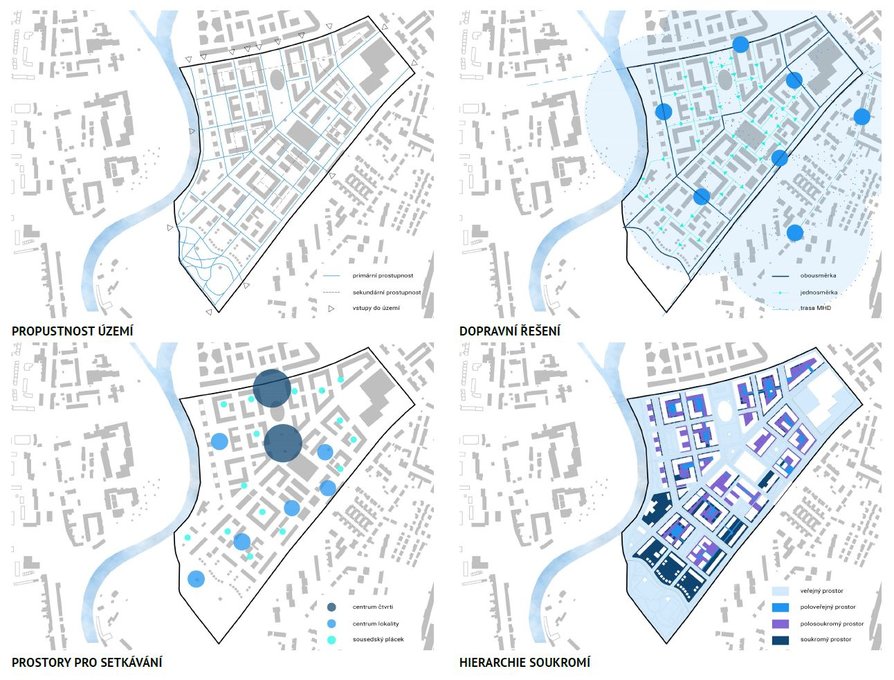 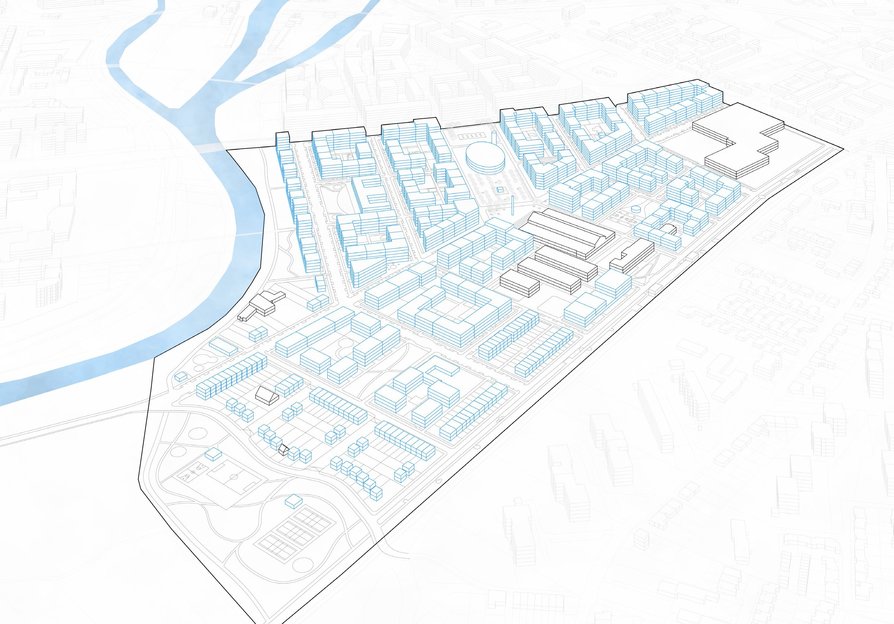