Oloveny Dusan Award 2018, the winning project in the category of Architecture

The theme of the resistance, which is dedicated to the memorial, is ignored in contemporary society. We tend to identify ourselves as victims in relation to warfare, the time of occupation and communist rule. Then we easily forget that there were also people who fought against the situation at that time and the regime. The memorial originated on the farm of the Mašín family, whose members are closely connected with the history of all three resistance movements. Zdena Mašínová after the recent recovery of the family estate, which has been denied for many years, decided to provide its premises to create a memorial that would remind her members of her family and hundreds of thousands of other resistance fighters. The design is designed in two layers. The first layer is the traditional concept of the memorial as a place of reverence, the second layer is in the form of expositions dedicated to individual resistance. The character of the second layer oscillates between the memorial and the museum exposition. By working with contemporary artifacts and state and military symbols, I tried to convey an atmosphere in which the resistance took place and to rehabilitate concepts such as national pride and patriotism, which, in connection with populism, nationalism and extremist groups, lost dignified representation in contemporary society. 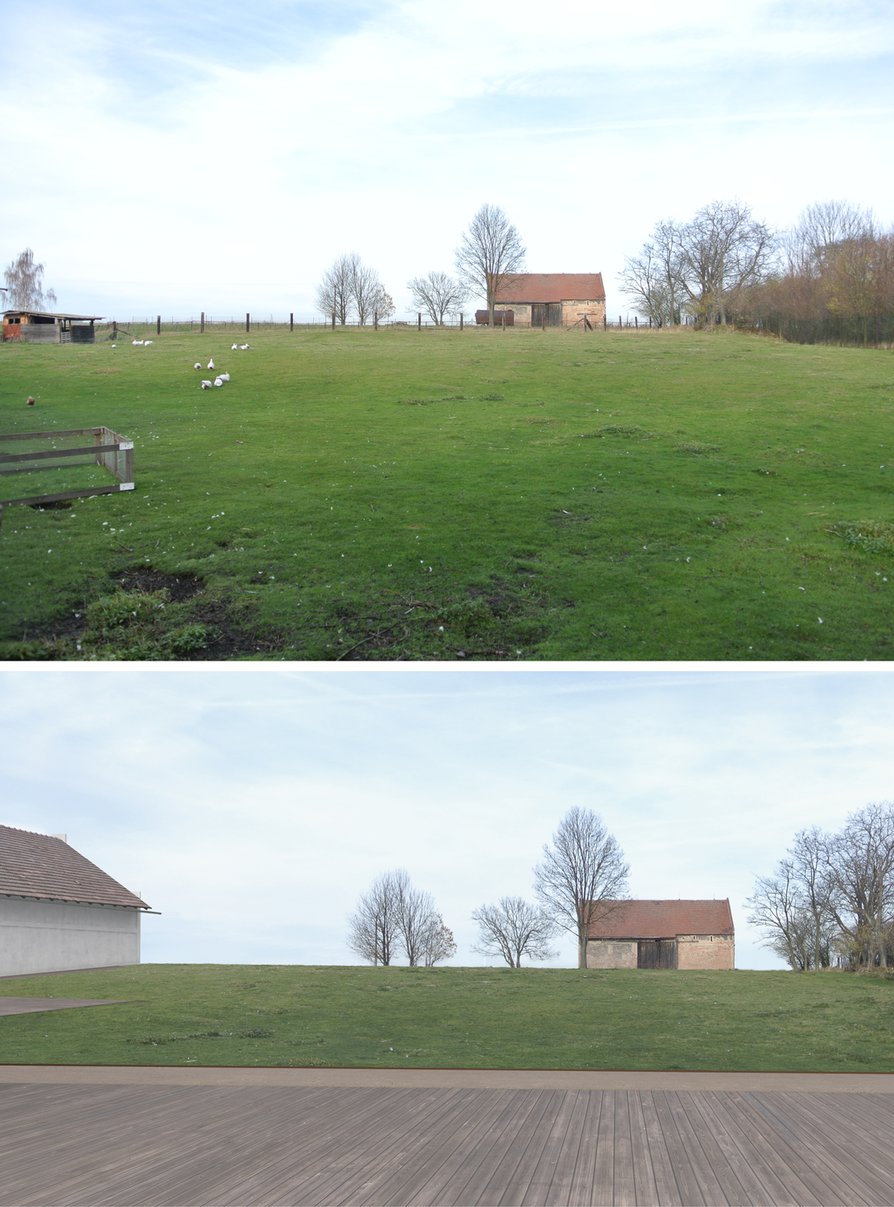 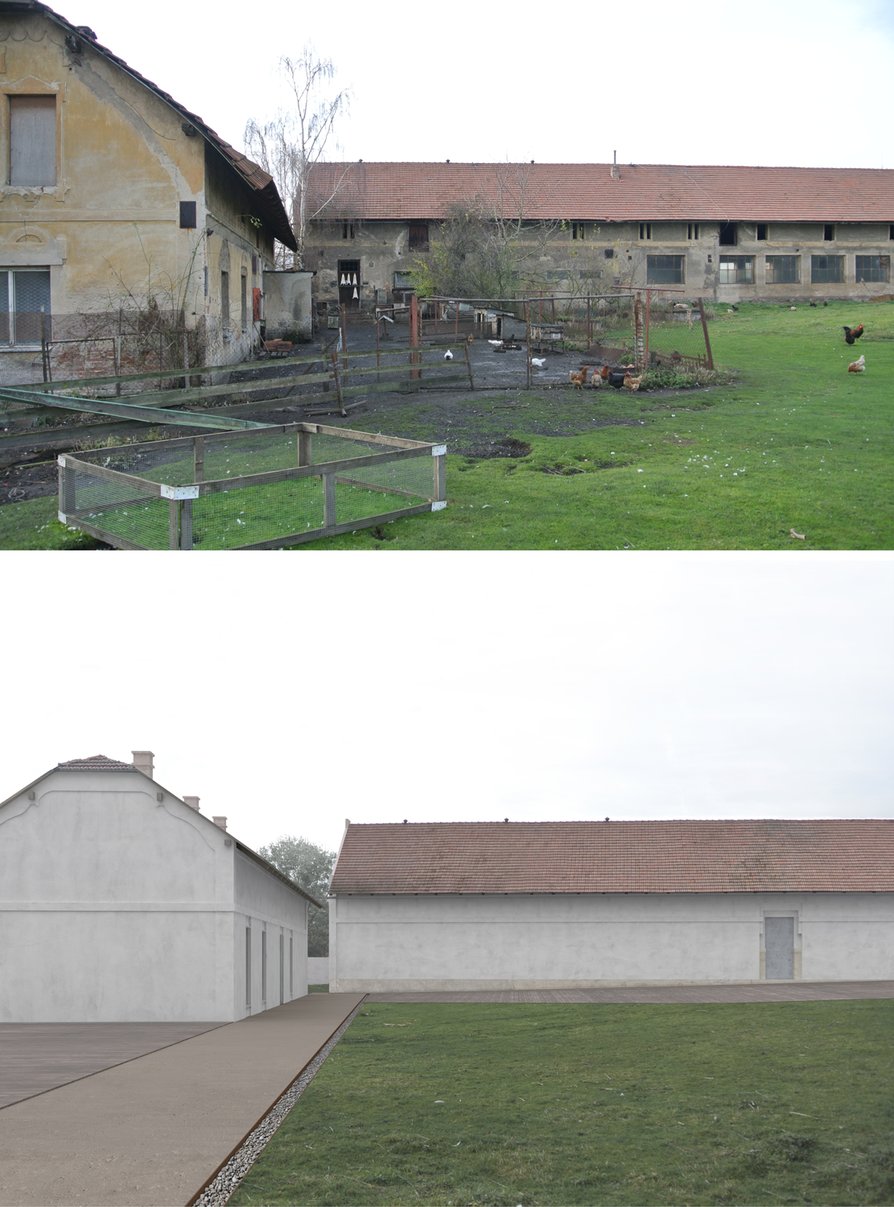 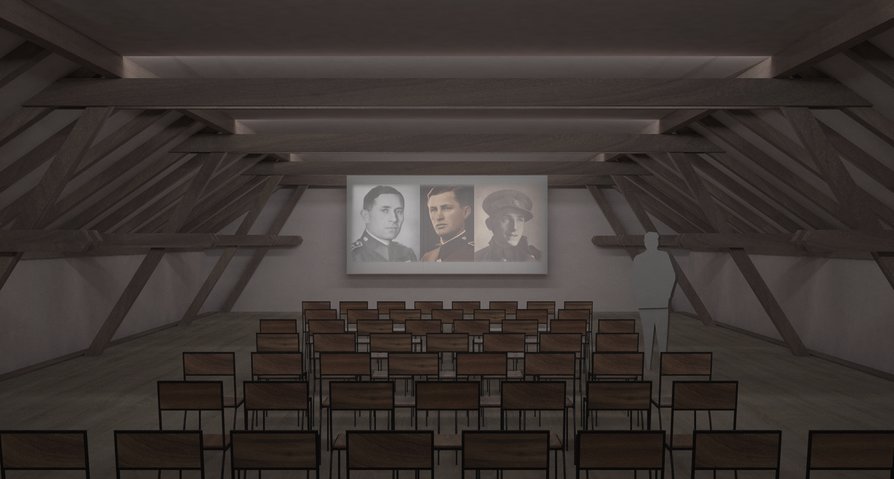 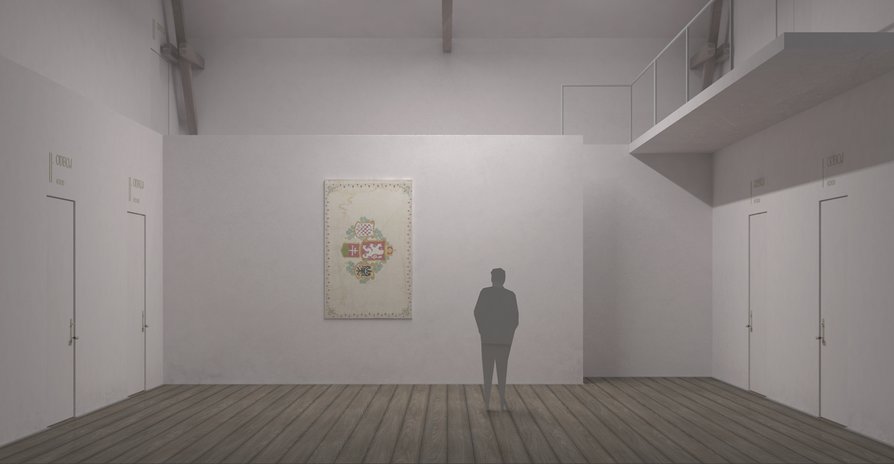 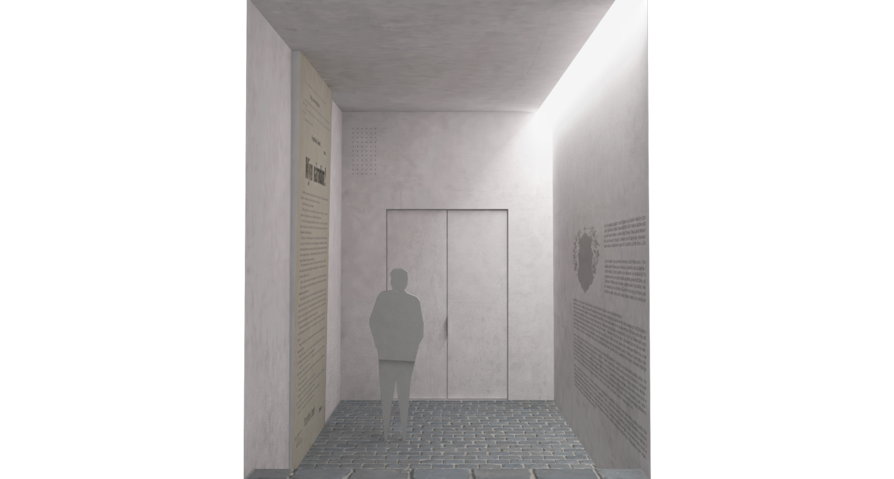 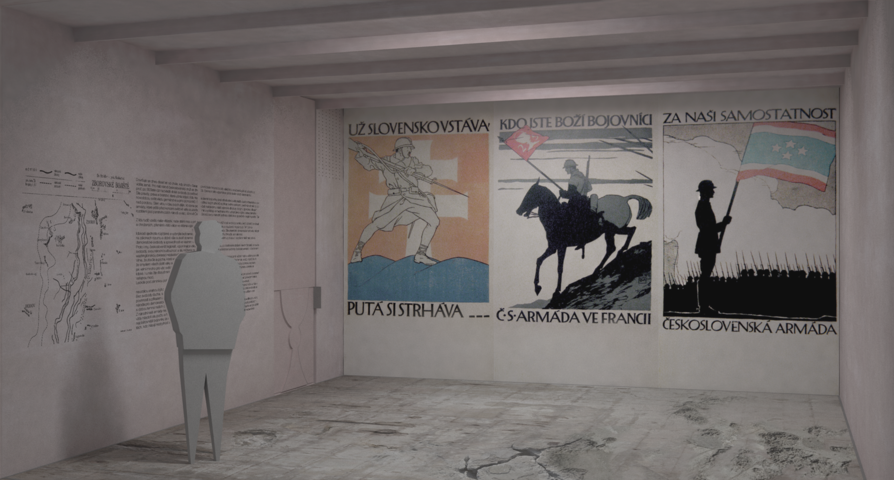 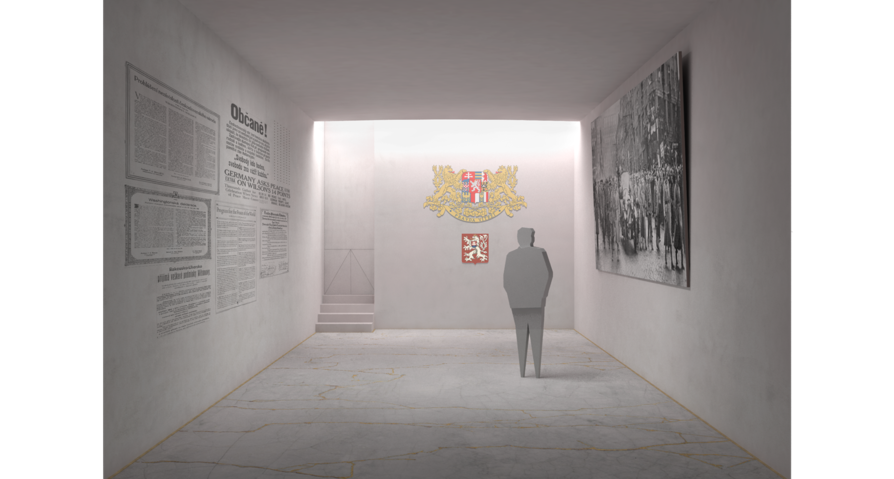