In the design of an apartment house for Žatec I tried to intervene appropriately in the context of the Prague suburb, a former industrial district. The form of the project defined the decision to make full use of the courtyard and bring life to it through an external staircase tower with access to the house via footbridges. They divide the object into eight masses and bring order to the ground plan. These smaller masses are much better suited to the scale of the surrounding houses, with different colored brick facades to better distinguish them and evoke the feeling of their own home. Problematic corner sections have their own street access and operate independently of the rest.

The strict order of the house is disrupted by various roofs, some are walkable and offer views of the Žatec chimney panorama. Each of these houses is a separate apartment on three floors - living room and kitchen (day zone), bedroom and something extra. The multi-storey access by footbridges gives the possibility to divide the houses so accessible into two separate units. On the ground floor is a café, shop and a smaller office space. The image of a living city arises in mind. Today Žatec is asleep, but any inscription on the UNESCO list can change everything. 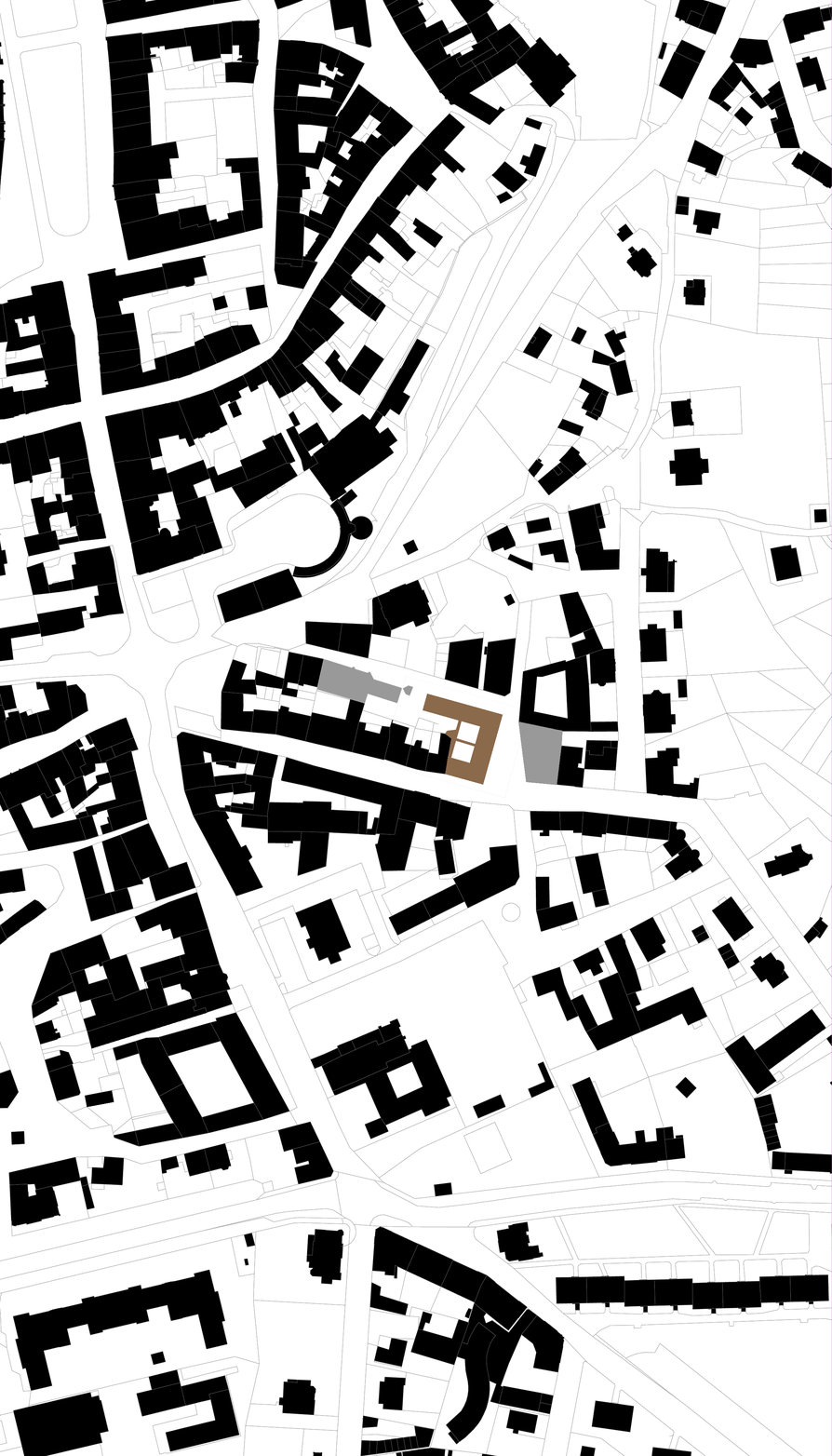 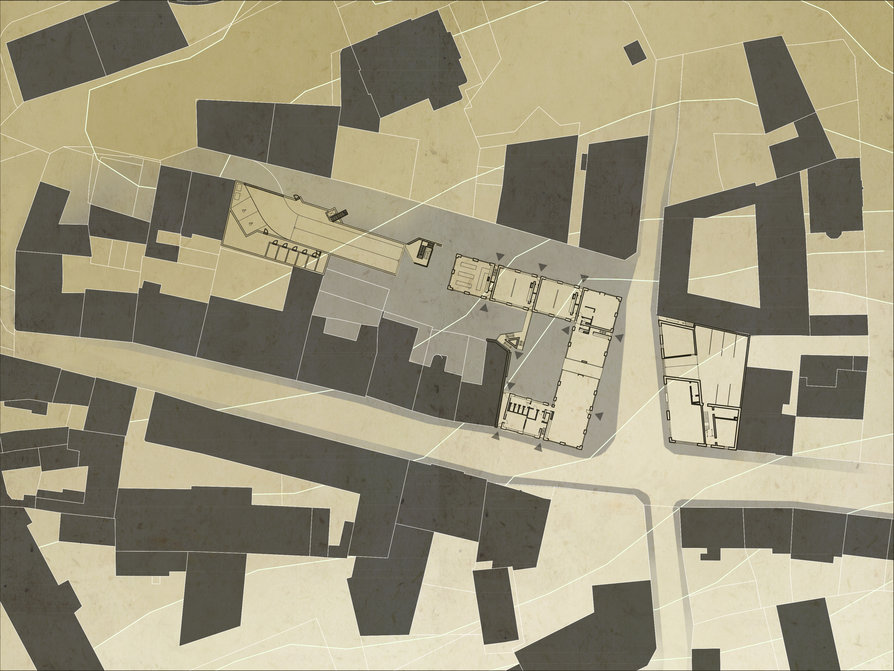 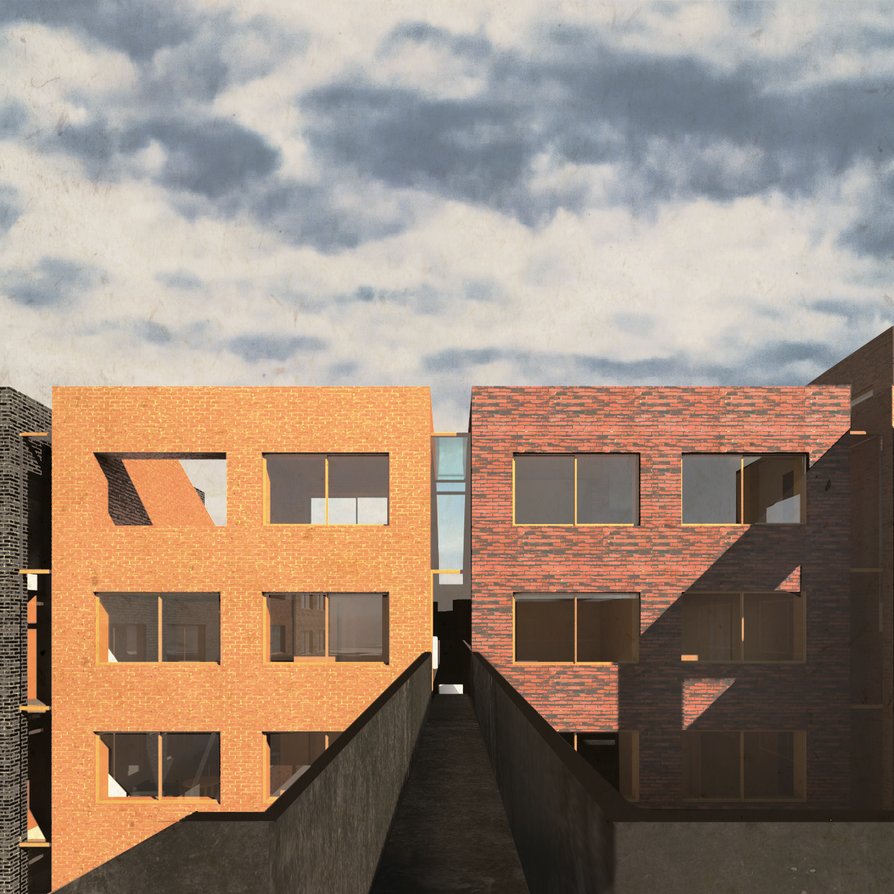 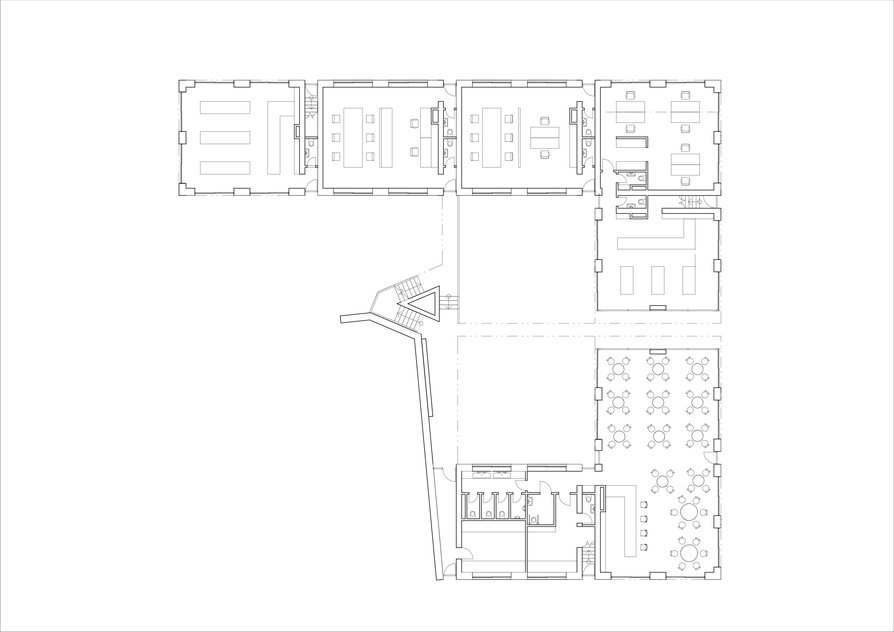 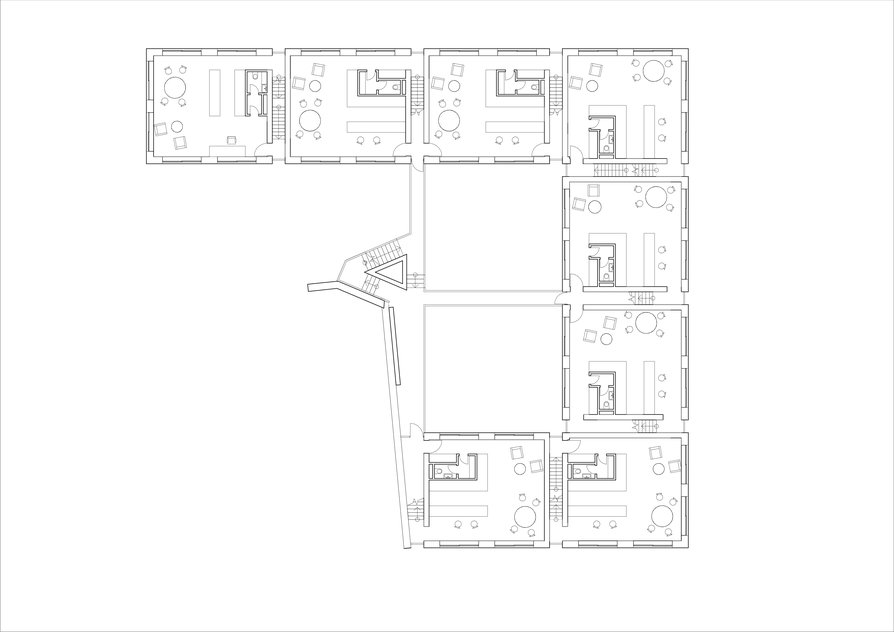 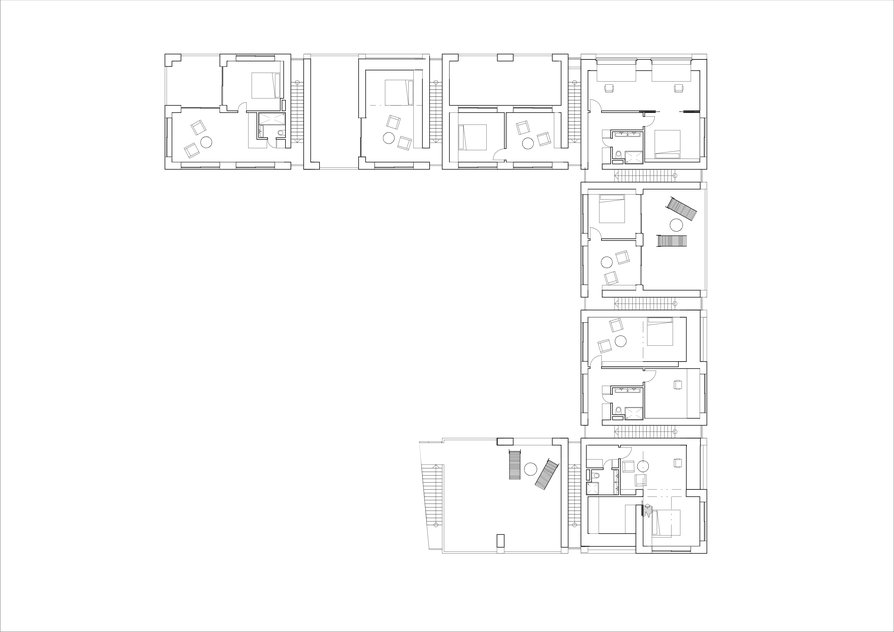 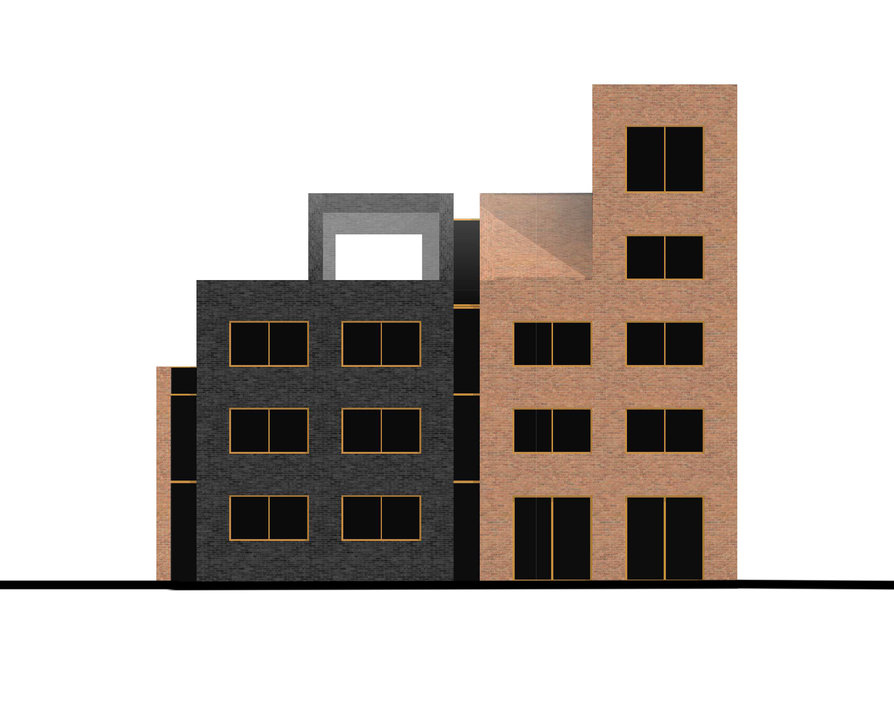 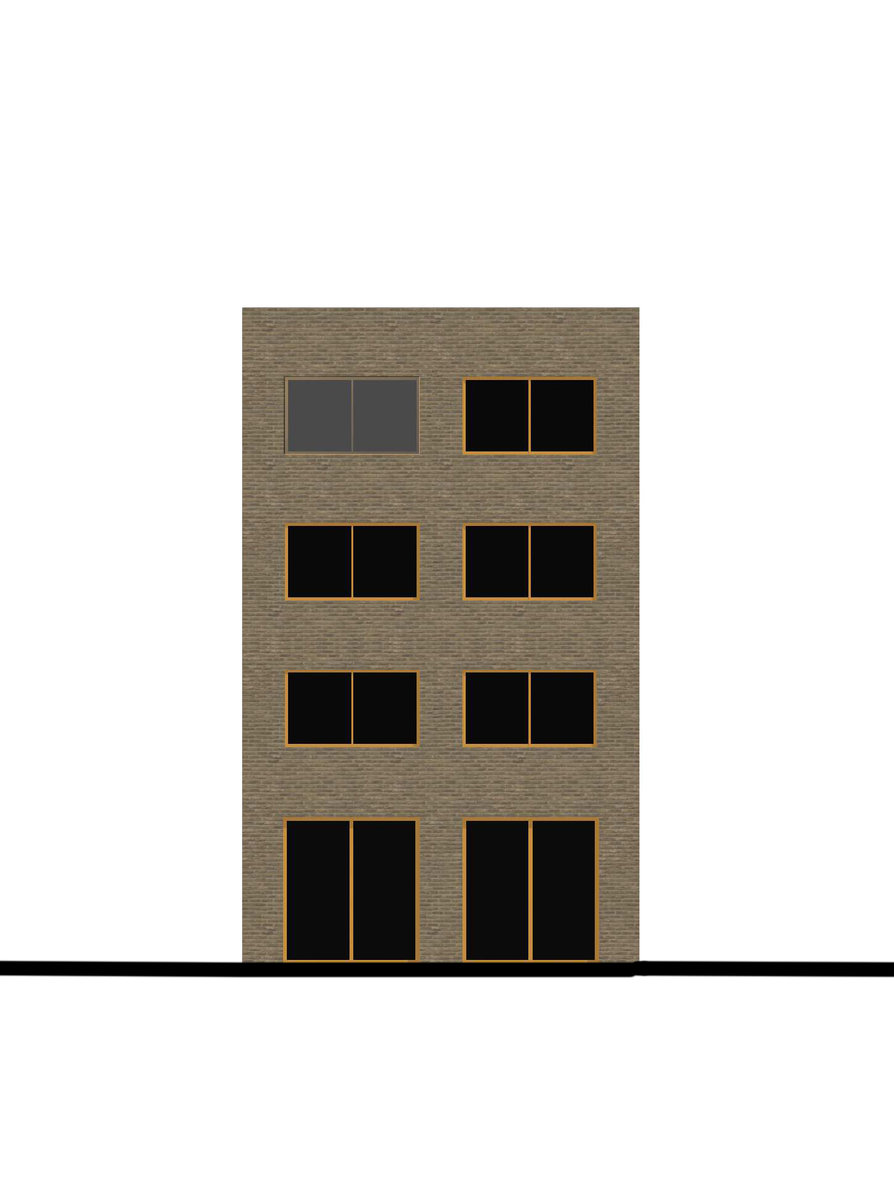 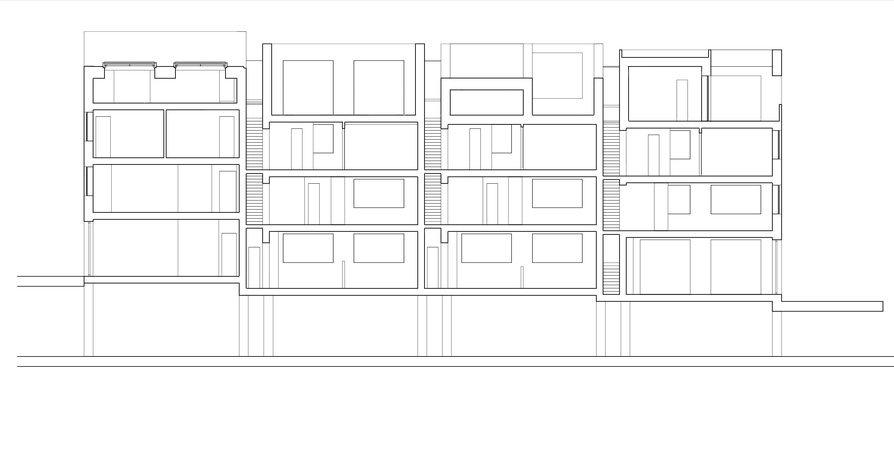 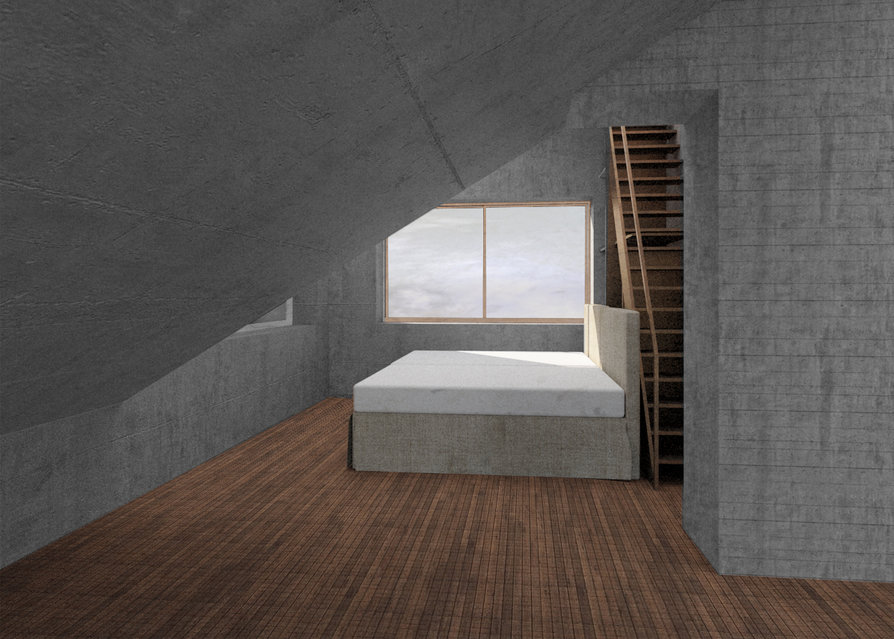 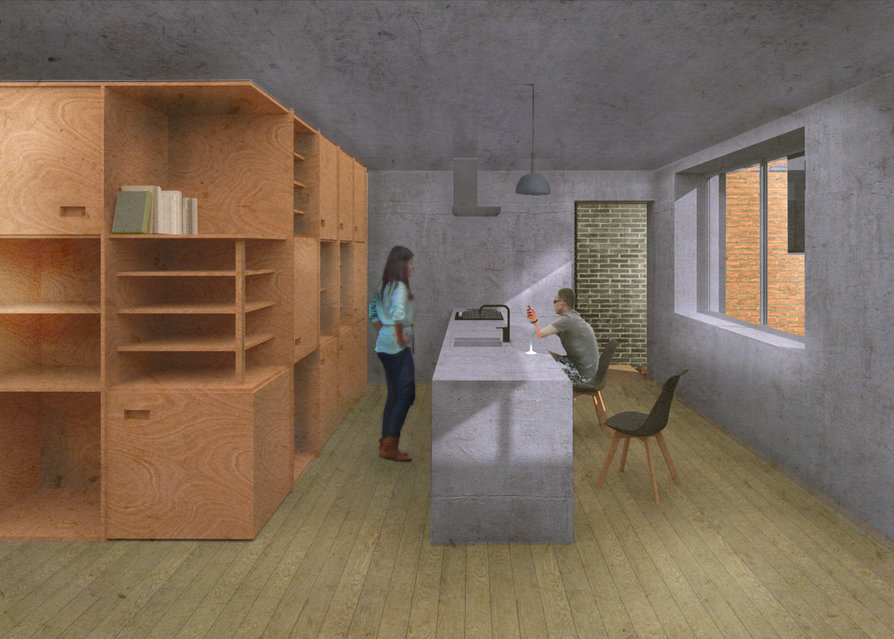