Oloveny Dusan Award 2018, nomination in the category of Architecture

Island on the river

The river brings movement to the city, determines the direction. At the same time it also separates - creates a boundary, defines the void. And there is an island. Isolated from the city, from the waterfront by the river and from the river by a thick stone wall. The island, which disappeared several times during the floods, until it was surrounded by a stone wall during the construction of the lock. A pedestal for landscape. Even though you are on an island, you will not experience what is most precious by the river in the city - touching the water.

Bathing and swimming - as a choice of new use of the island. As the island breaks away from the waterfront, people also need to break away from the hustle and bustle of everyday life. Spa as a place to care for your body and soul.

Compact volume on the site of the current footbridge connecting the waterfront with the southern tip of the island. It grows from the original pillar, at the place where Jirásek Bridge was supposed to lead. It is firmly anchored to the island and back to the Vltava River. It respects the functioning of the island and allows boats to pass under it. It also forms a counterpart to the building of the Manes Association of Fine Artists on the other side of the Vltava River. From the waterfront, visitors must first ascend to an open gallery that wraps around the house. In addition to the entrance hall of the town spa, the gallery also houses a café, which also provides facilities for visitors to the island. On the upper floor there are swimming pools, saunas and a relaxation room overlooking the opposite shore. An each room provides different water experience, offering different situations - different temperatures, sizes, materials, lights and sounds. On the island, below the spa building, there is an outdoor swimming pool, which is separated from the main traffic. The water is no longer enclosed in smaller pools, but is poured in one place from the building out to the tip of the island - an outdoor swimming pool to the edges of the island. Different masonry compositions distinguish the individual layers of the house. A new use of brick houses that have already served their purpose. Swimming over the river and upstream. 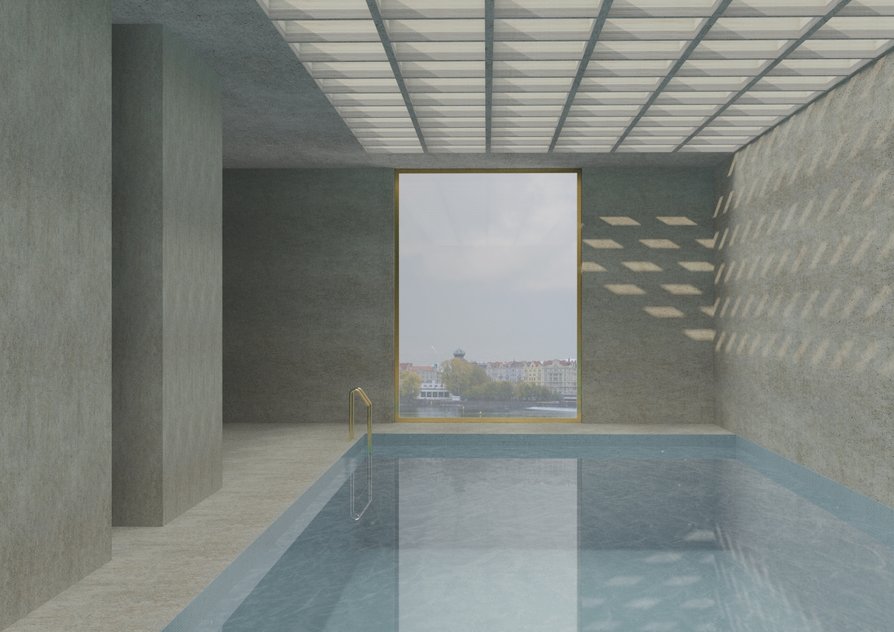 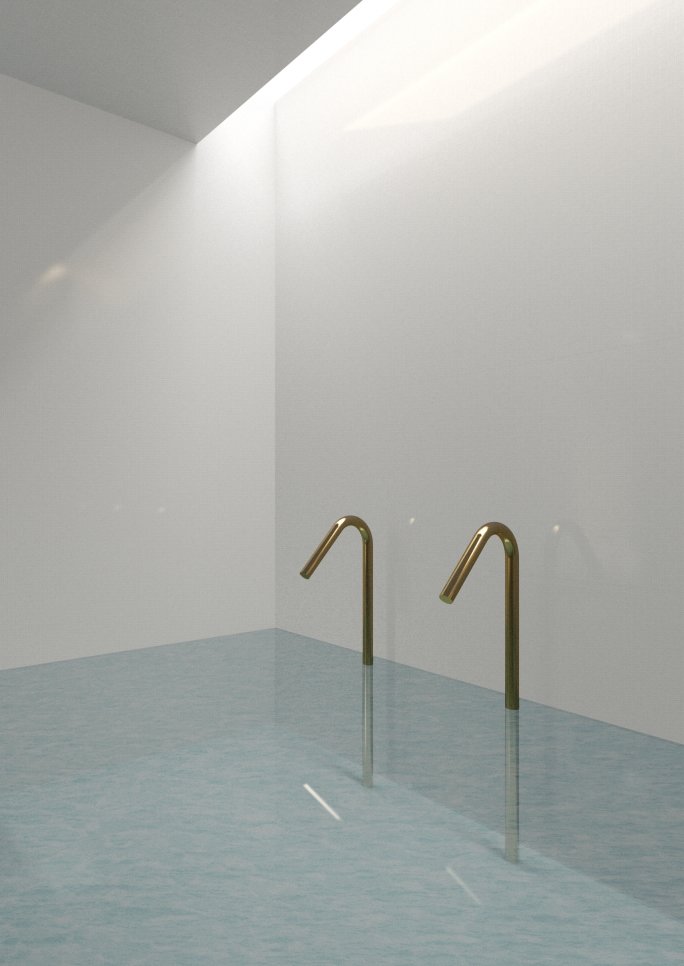 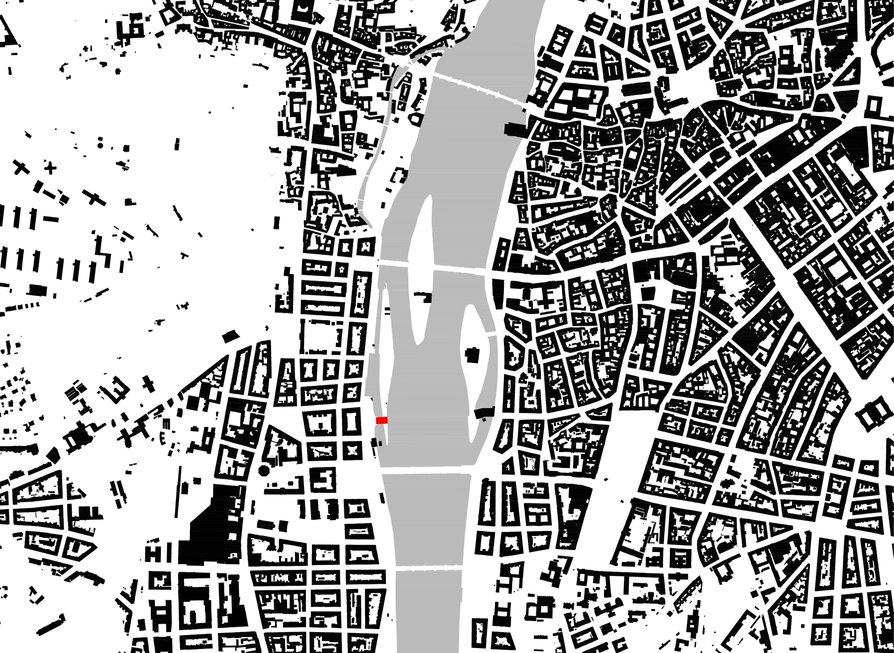 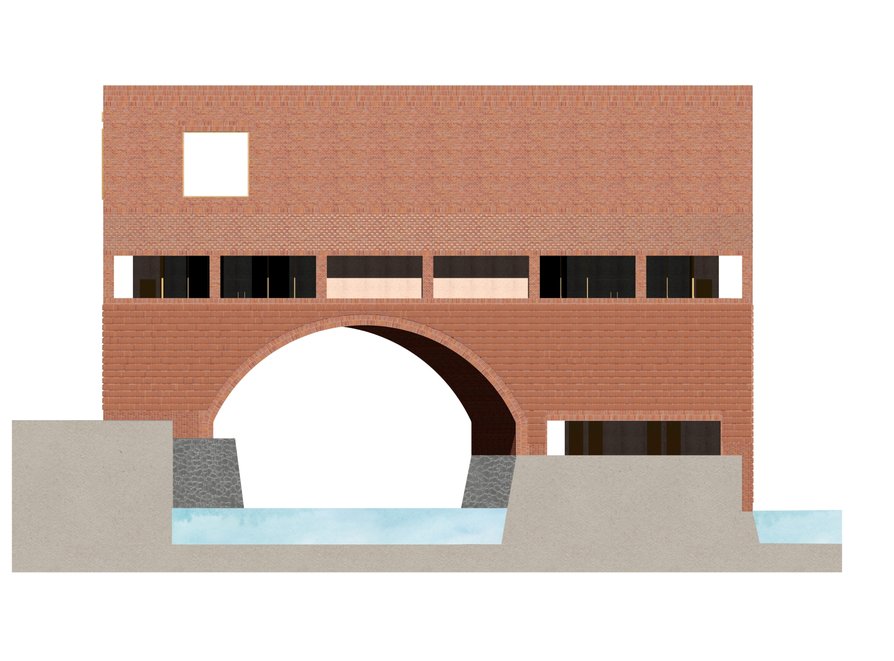 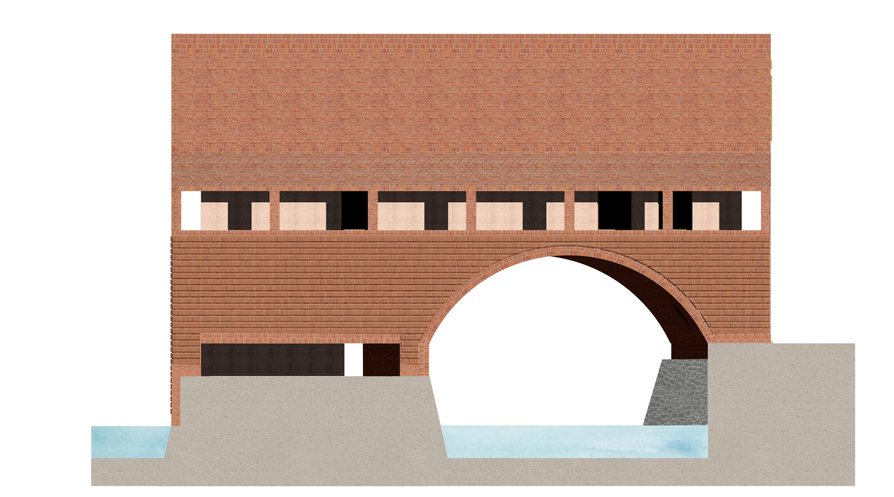 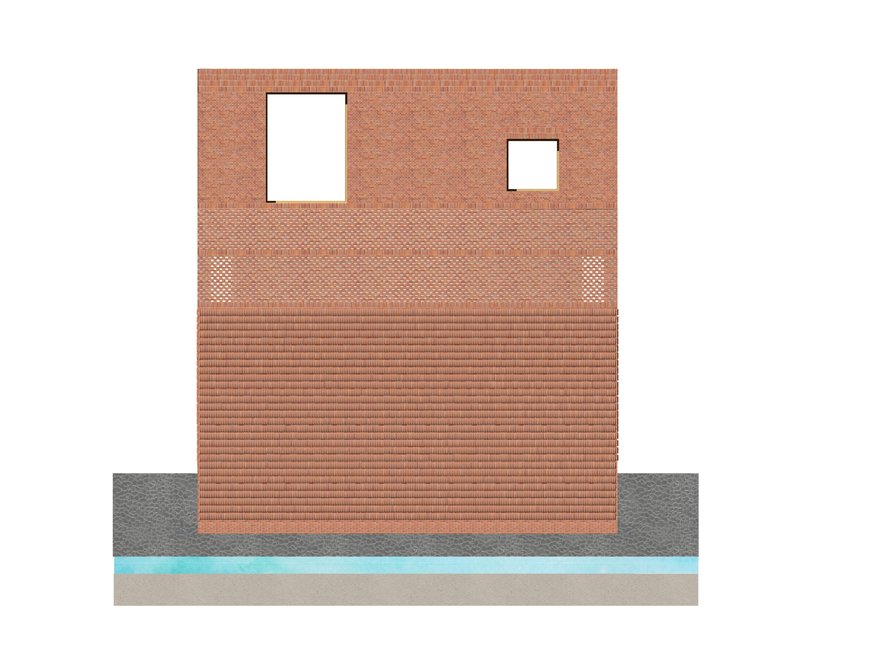 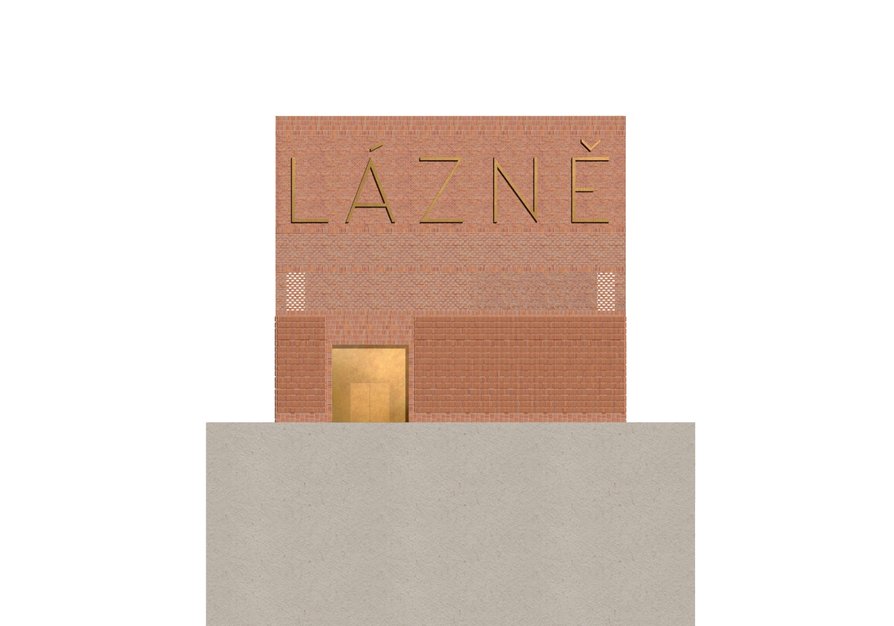 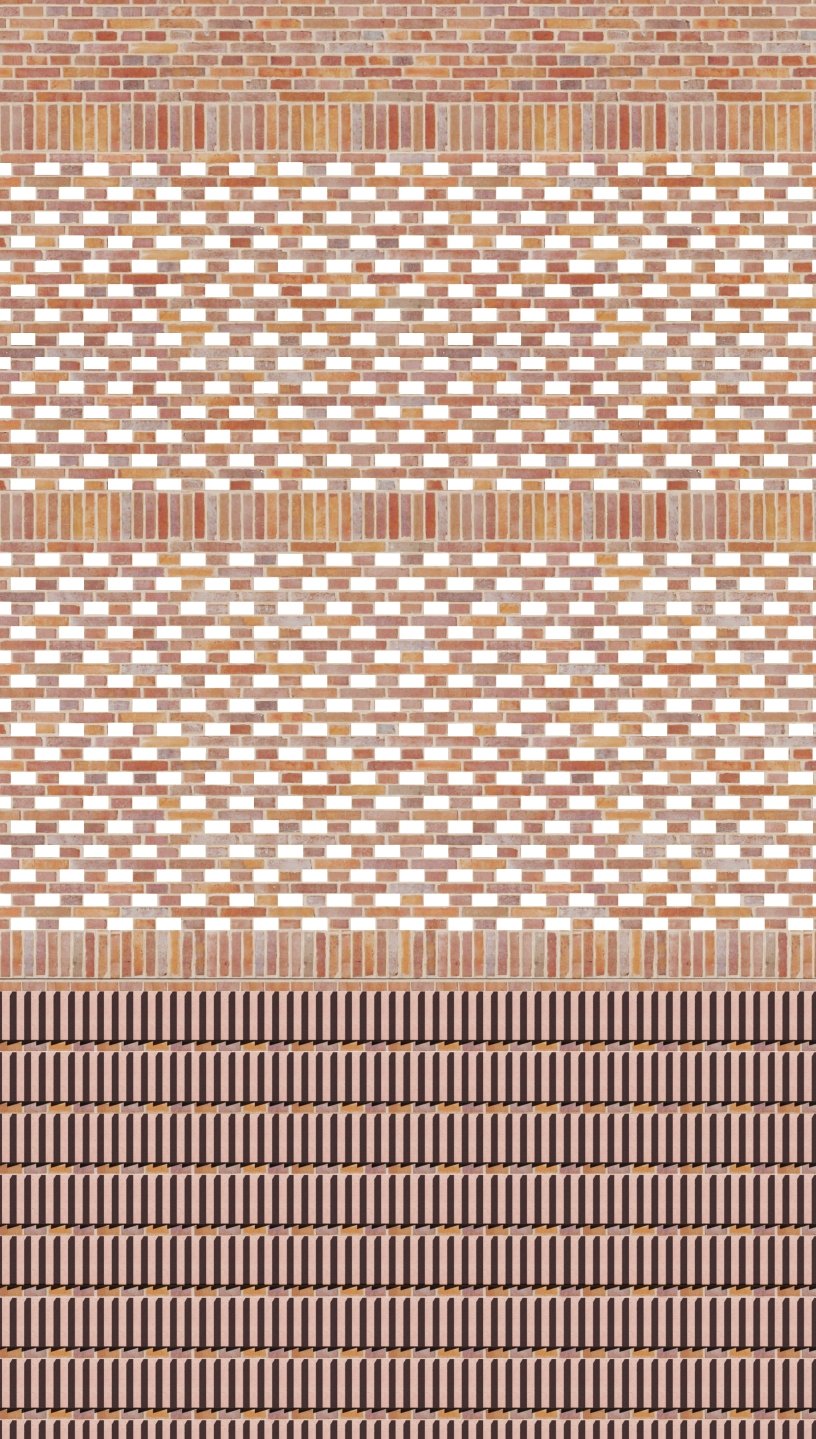