Opening of the exhibition Who was Stavoprojekt?

On Thursday, 12 January 2023, an interactive exhibition of doctoral students of the Department of Theory and History of Architecture was opened.

The first part of the exhibition is based on the doctoral research of graphic designer and architectural historian Lucie Mlynčeková (Architecture of the 1970s and 1980s), which in 2022 primarily focused on the Stavoprojekt Trnava design institute and its associated studios in Trenčín and Piešťany. The size and scope of the state enterprise Stavoprojekt is illustrated by the map of all design institutes in Slovakia in the central showcase. The other three showcases contain completed projects, which the author has defragmented and subjected to detailed, almost autopsy-like analysis. They show floor plans of the operational buildings of the individual studios (Trnava, Trenčín and Piešťany). However, the authentic interviews with veterans from each of the studios, who recall their work in the 1970s and 1980s, are crucial. Visitors can thus find themselves for a moment in the role of a direct observer by picking up a red handset that connects them with one of the protagonists of this spectacular national story. The co-author of the installation is Marek Badinský, a student at the Faculty of Architecture. 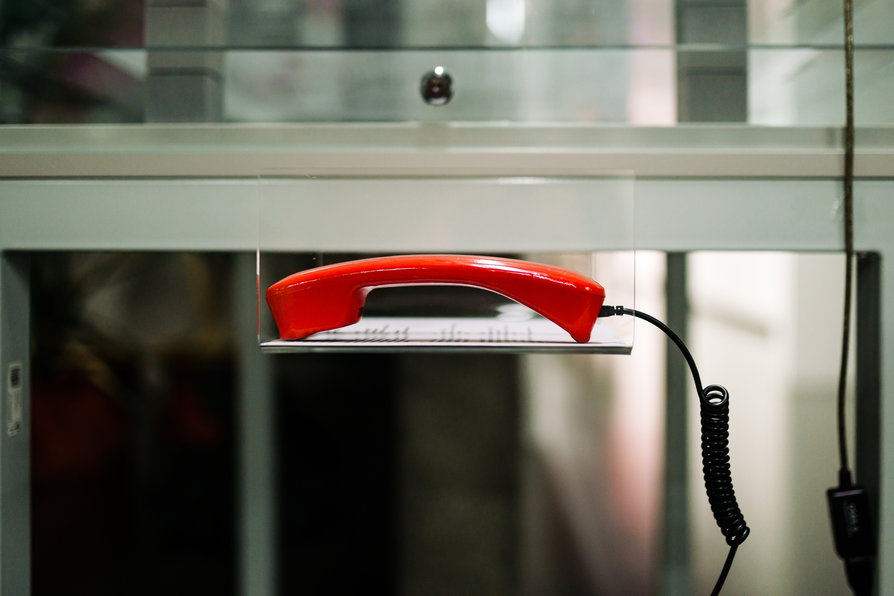 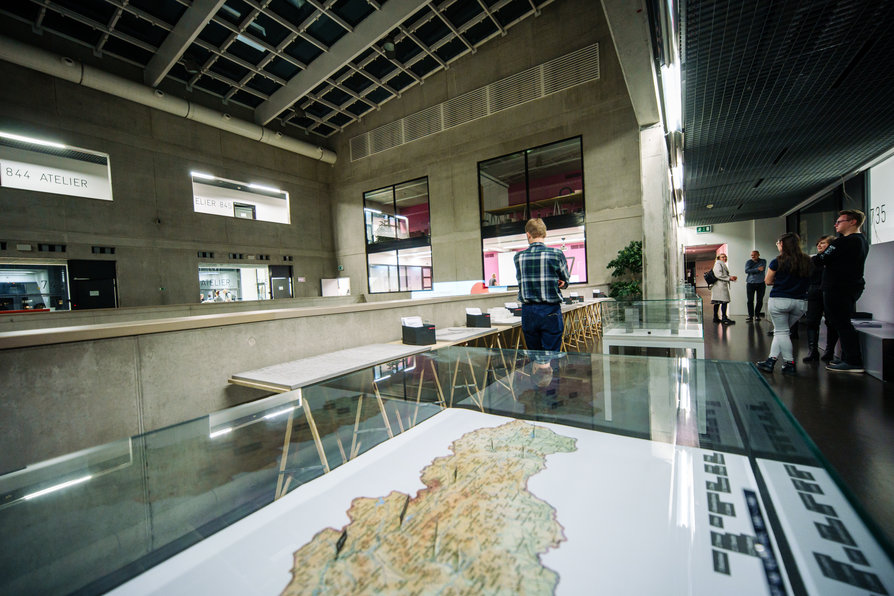 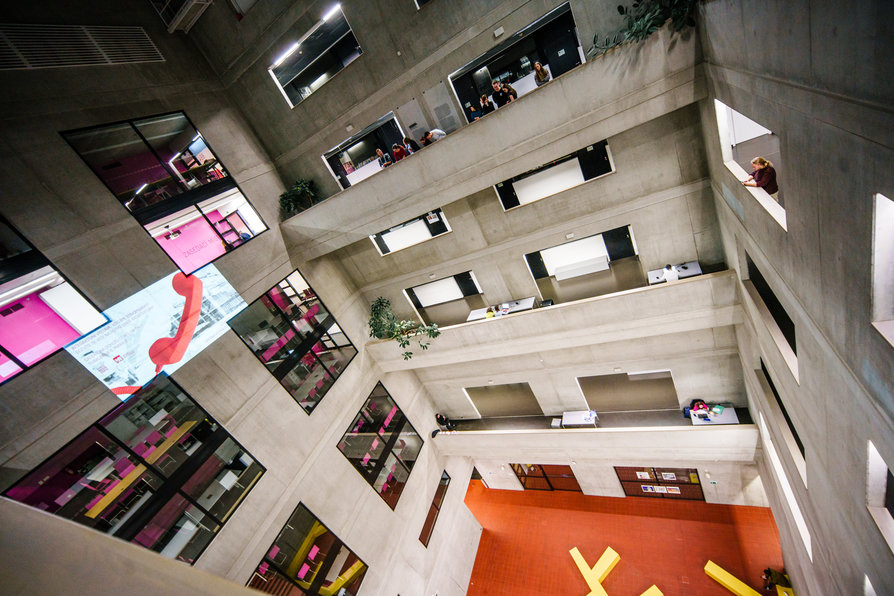 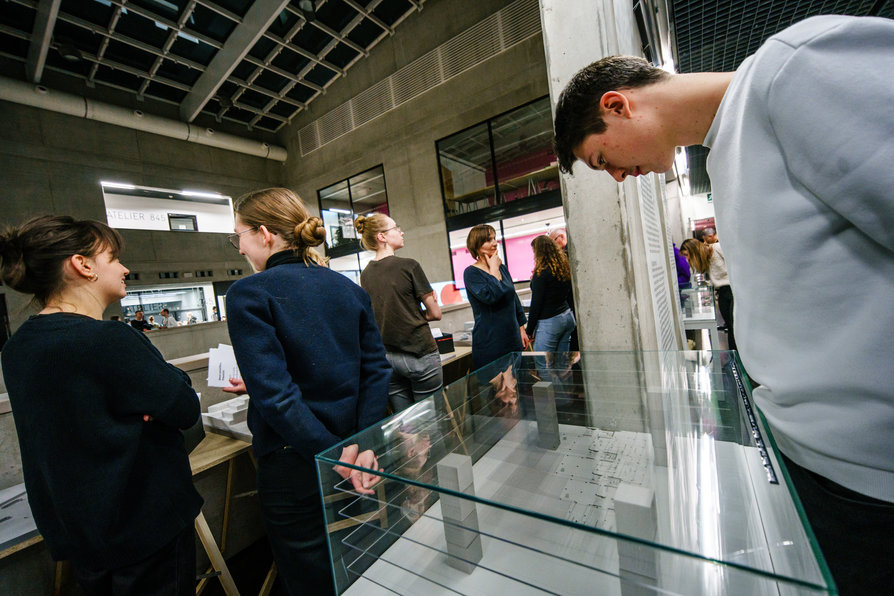 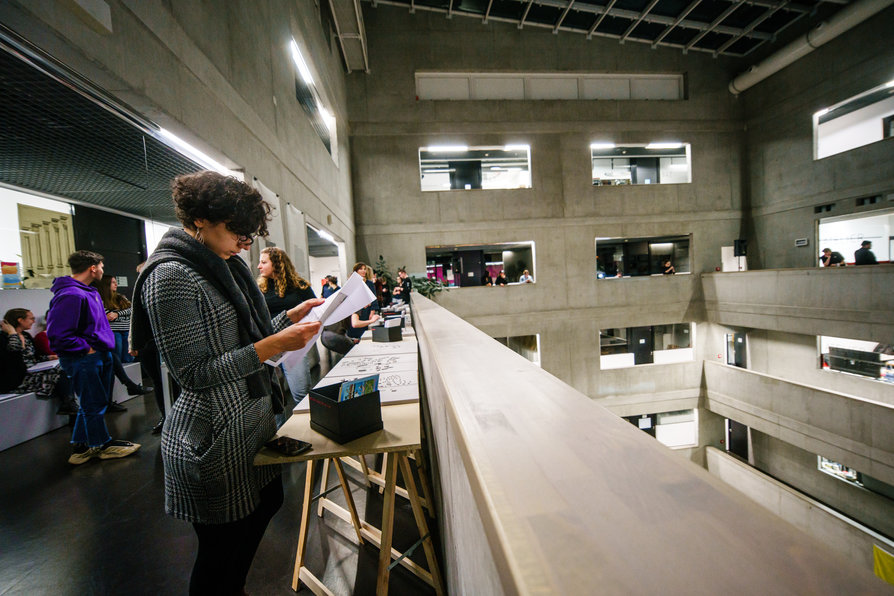 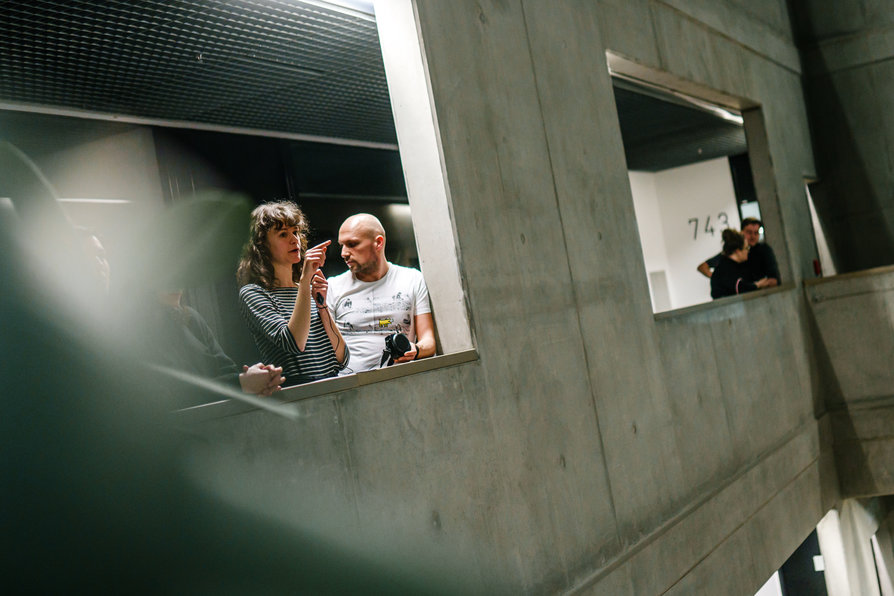 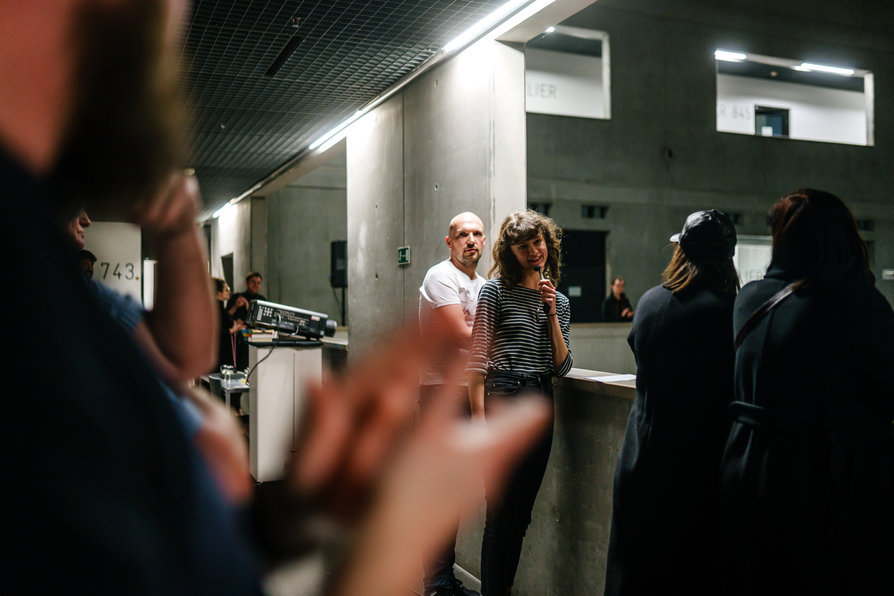 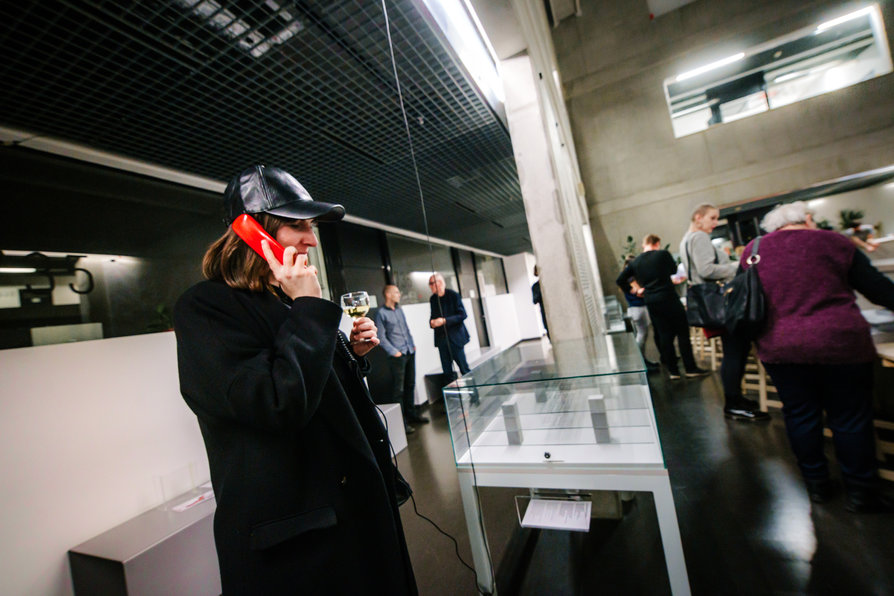 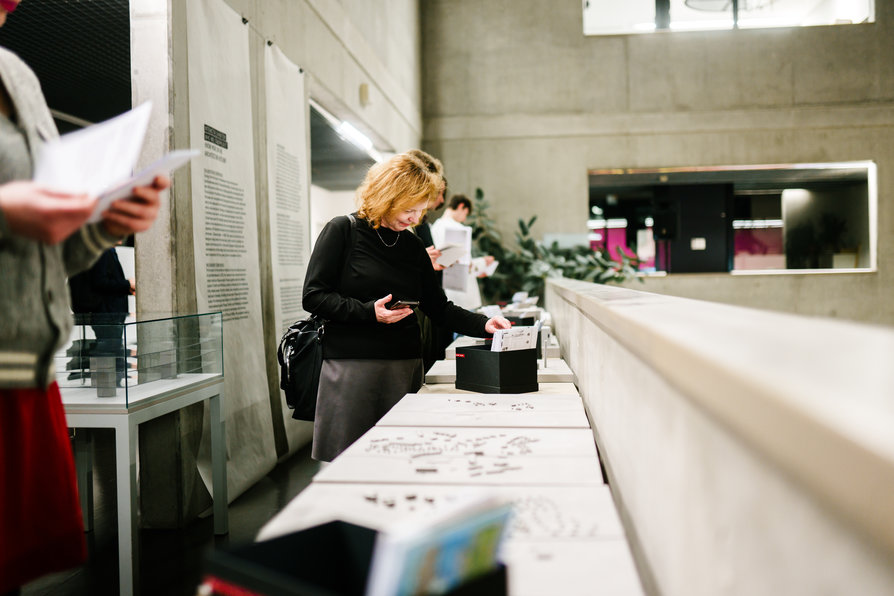 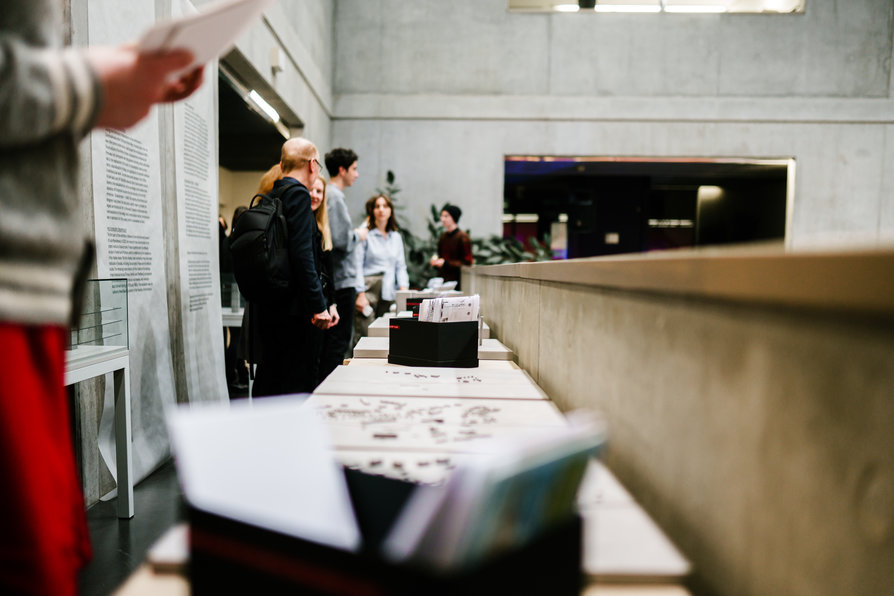 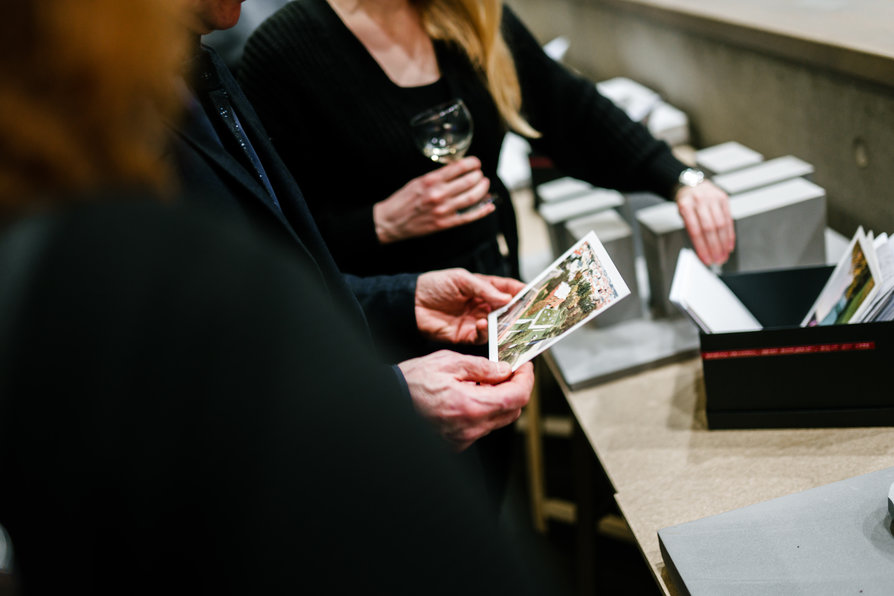 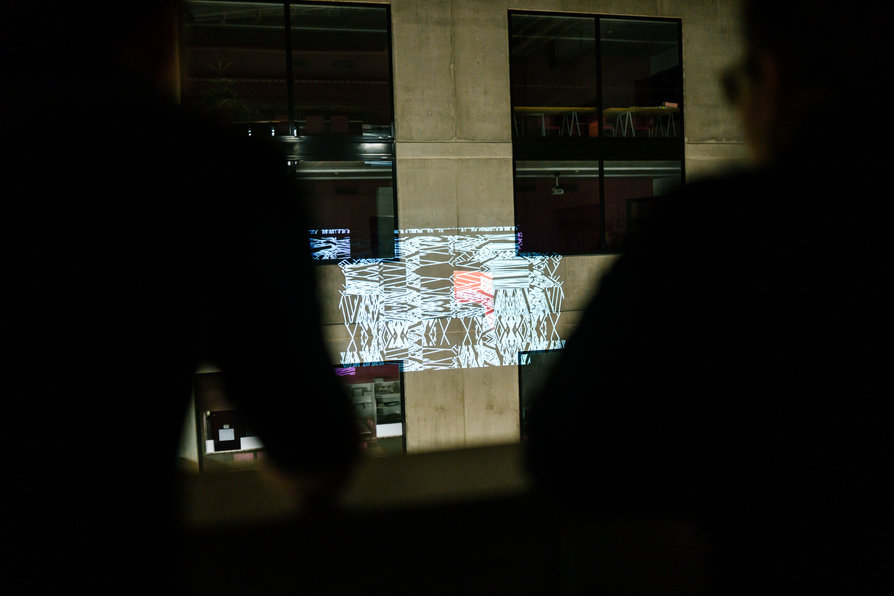 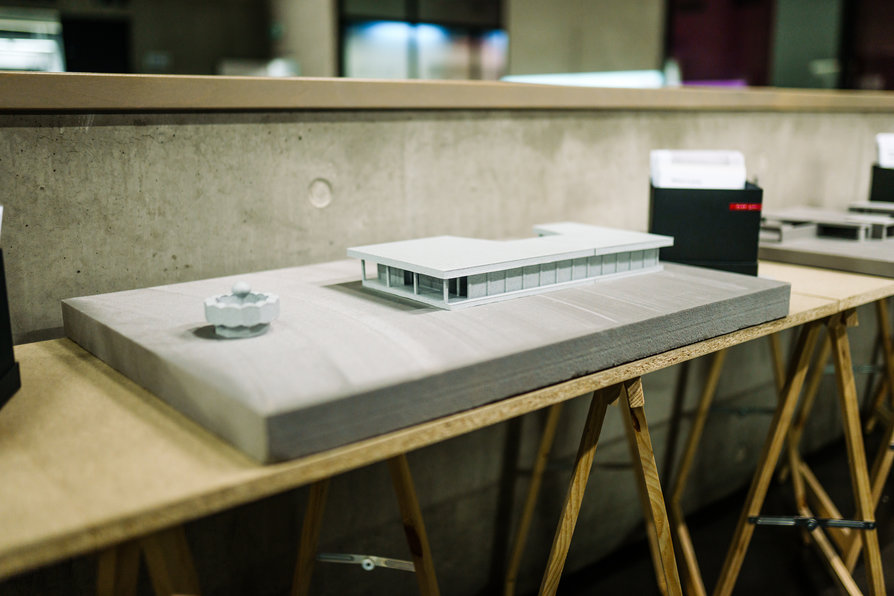