As of 8. 6. 2021, it is possible to remove the respirator during lessons and examinations if the distance of 2m is maintained.

A book of interviews / architecture of the eighties is coming out

The new publication prepared by Petr Vorlík's team presents personal stories and memories of the participants of the architectural scene of the time. It charts the challenges architects faced in the 1980s, the ingenious tricks and activities they used to cope with the unpredictable driving forces in our unfree, economically and socially stagnant country. It gives a glimpse into a world that today is not only difficult to understand but also surprisingly remote. "It is necessary to remember that despite all the difficulties, and sometimes also thanks to them, excellent architecture was created in the 1980s," writes Petr Vorlík, editor of the book from the Faculty of Architecture at the Czech Technical University in Prague, in the introduction. 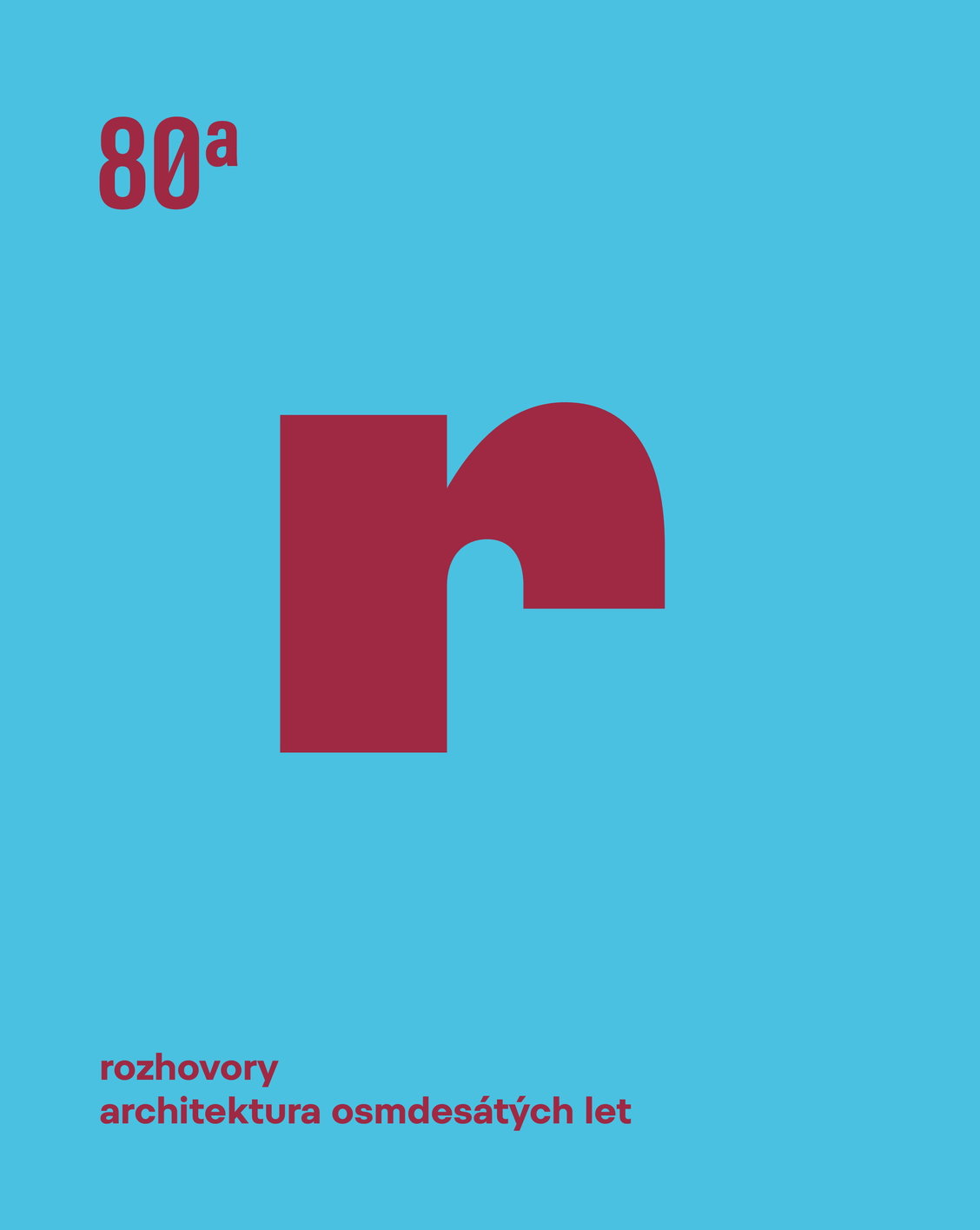 The book of interviews could not cover all the memories of the architectural scene of the 1980s. Some are no longer alive, others could not be interviewed due to restrictions related to the coronavirus pandemic, several interviewees refused to give their testimony, and others have already given testimony on another occasion. "It can be said that the core of the interviews consists of representatives of the middle and younger generation of the time, who could probably most faithfully outline the new and different things that the period under review brought," explains Petr Vorlík.

On 336 pages, the book offers 35 interviews thematically divided into eight areas (city - heritage - institution - experiment - niche - synthesis - detail - theory). The titles of the interviews themselves give an idea of what topics architects dealt with and how they coped with the difficult reality of a demanding and responsible profession in unfree times.

For example, the readers can look forward to an interview with Jan and Ivana Benda, Czech-Canadian architects with projects all over the world (No one knew what to research about architecture at that time), and Tomáš Šenberger, an architect focused on industrial architecture (We saw beauty and potential in abandoned industrial buildings), Vladimír Krátký, co-author of the modernisation of tenement houses in Vinohrady (Back then, whoever painted a brick wall into a project was the man), Ivan Vavřík, the driving force behind the rebellion of the young generation (We did not feel like working in the machine), the experimenter Zbyšek Stýbl (We designed it as a design, with a twist and a bit of a crank), the architect, artist and photographer Petr Kovář (I moved in an environment of people who were definitely not going to conform), or Jaroslav Stibor, who worked as the head of the building office (What people could build themselves, they did after work in their free time and on holidays).

Among the recollections, there are also mentions of the day-to-day running of the project departments - the organisation of work, the erratic cooperation with contractors, the key role of charismatic managers, the assignment of contracts or the painful and authorially ordered transfers of work-in-progress designs between project departments, or the frustrating prolongation of projects.

The book is the third output of the series of publications issued by the project Architecture of the 1980s in the Czech Republic of the NAKI II programme of the Ministry of Culture of the Czech Republic. It is loosely based on the first book (a)type / architecture of the 1980s (2019), which focuses on selected characteristic phenomena and buildings at the end of normalisation, and the second book unbuilt / architecture of the 1980s (2020), which describes unrealised, often rather utopian and provocative contemporary visions. All three books are complementary and can offer the inquisitive reader a perhaps somewhat unexpected view of events in a hitherto rather overlooked and underestimated era. 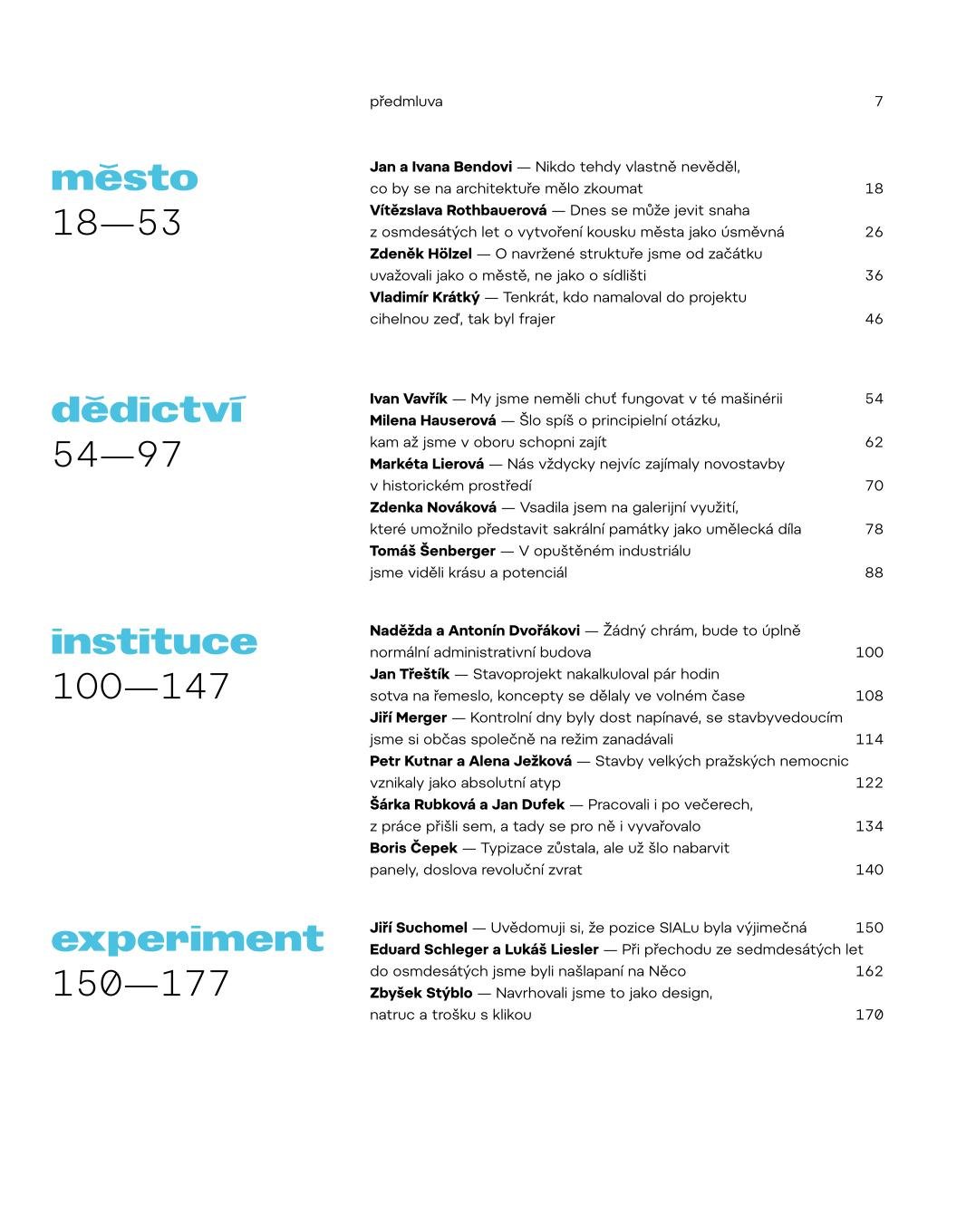 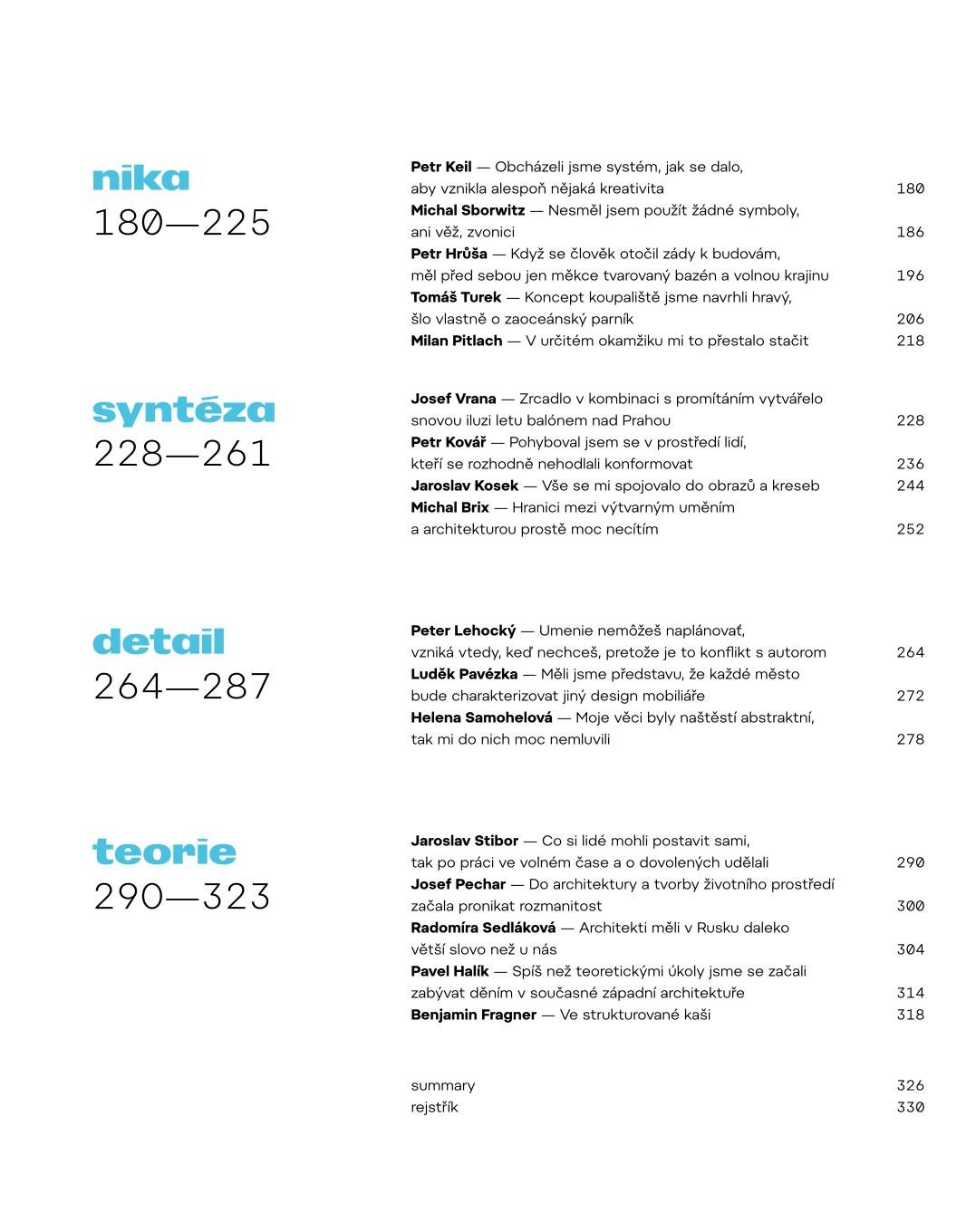