Millions of tourists come to the Loire Chateaux to admire the Renaissance architecture. But the park of the sumptuous Chaumont estate is also an exceptional centre of contemporary landscape design. Every year, the world's top architects try to make their way here for the International Garden Festival. For the second time, students of the Faculty of Architecture of the CTU have also made their mark among the experienced professionals. What did the design look like that impressed the jury? What did the leaning cypresses symbolize? We talked to part of the team - David Šmíd, Václav Suchan and Tereza Havránková. Why did they ask the French organizers to prepare the building rubble? How many teams have signed up for the festival?

David: The organisers selected 24 out of 150 proposals.The competition is global - most of the teams are professionals, with only five student teams advancing. For example, Kathryn Gustafson, the author of the famous fountain - a monument dedicated to Princess Diana in London's Hyde Park, is competing for the main prize. It is important publicity for professional studios and they also have the support of their external suppliers behind them. We also gave up our furnishing sponsors so as not to introduce excess commercialism into the design.

Did you have an internal competition amongst yourselves?

David: No, it was a gradual search together. Last year the assignment was biomimicry, this year we had to present an ideal garden - a very general topic. In the end, we based our proposal on the fact that there is no ideal.

Václav: In nature you will not find perfection, but balance. It evolves, some organisms die, others thrive. The garden has two parts - the search and the reconciliation, so that the visitor understands that the ideal is balance. Did you know what your plot will look like?

Václav: All the gardens - there are 24 of them - are roughly the same shape. In the designs, we worked with the diameter they sent us. The curators then select the most suitable locations for a particular project. They are not squares; they describe the shape of the plot as a bell. It was not until January, when we came for a technical tour of the site, that we discovered that our area was the only one with two entrances, with stairs leading up to it, and was quite small.

Tereza: The competing plots are not directly adjacent to each other. There is a lot of space between the gardens and ours was quite isolated. It is harder to fit something into a vague shape, a classic square or rectangle is easy to grasp.

David: But the organic shape is again not binding in its regularity. It also helps in improvised conditions, it is not so visible if you do not put something on the axis or strictly in the center. We called our garden the Acrobat, because in finding balance in life we have to balance all the time. Let's describe the design, what is in the garden and how visitors perceive it?

David: From the staircase you can see the whole garden, but you enter the first part - disharmony and imbalance. We even wanted the trees to grow out of the building rubble, the waste material.

Václav: The organizers promised us that we would definitely find waste and bricks in the area. In March, there was nothing, so we had to improvise and look for an alternative solution. We opted for a mix of fractions of white aggregate (a much more luxurious material than building rubble), which forms a rocky desert.

David: The visitor comes along a winding path that gradually builds up to the centre - a hypothetical paradise. Cypress trees grow out of the stones, which are deliberately planted at an angle, we wanted to evoke uncertainty and confinement in the visitor..

Does leaning do the cypress trees good?

David: After an extended period of time, the tips of the trees would try to straighten out. But it is a temporary exhibition for six months. Organisers plan to replant them then and use them in their huge grounds.

Václav: They claim that the plants and material are recycled after the show, but we do not know to what extent. In January we saw the remains of our colleagues' garden from last year. For example, they have the stones in a depository, motivated by sustainability and saving money. And what does the central part symbolizing paradise look like?

David: We have placed a fountain here - two springs joining into one. The body of the water feature is made of polystyrene, wrapped with hemp rope and covered with a copper lid with two holes and an overflow edge. Everyone has wondered why we use mostly polystyrene as a material. Precisely because it is a temporary exhibition, the use of this material makes more sense than the costly production of metal.

Václav: David also prepared various elements for us on the 3D printer. For example, we worked with the motif of frames that remind the viewer that perfection is only an illusion. And in hindsight, they realise how people are always torn between their fears and their joys. Harmony is supported by a carpet of white blooming flowers - asters, anemones, sneezeweed and shimmering sage. They grow gradually throughout the summer, and we also chose them according to their scent. Three pomegranate trees complete the paradise; we hope they might bear fruit.

Tereza: When you go to Chaumont, buy a few pomegranates at the supermarket and hang them there! At least for photography, they will last a long time there.

Václav: Wax it again to make it shine properly? I can just see myself entertaining the local press with this. But in order to open the gardens to visitors quickly, perhaps larger seedlings are used than you would buy for your plot. We have had to change the species mix to suit the current capabilities of the local nursery. After the preparation in Prague, we had 14 days for the actual implementation in France. The study of landscape architecture is relatively new at the faculty and the relationship with classical architects is still evolving. Does it affect your profession that it is often dependent on public institutions such as cities?

David: I am just handing in my bachelor's thesis, but I have already completed my first project. We designed a skatepark in Brandýs nad Labem. Cities are frequent clients, but sometimes we also hear from people who have bought a farm or other property and want advice on a large plot of land. And then you can also do a classic landscape architect.

Tereza: Garden design is a difficult discipline and finding an enlightened investor is perhaps even more difficult. There is a perception that everyone can put a garden together themselves. You put on a hobby magazine on TV and you know you have to plant hellebores in October. The basic requirement is often maintenance-free. I say to my clients: try to live maintenance-free too, you are the same living thing. How long can you go without eating, drinking and taking care of yourself? 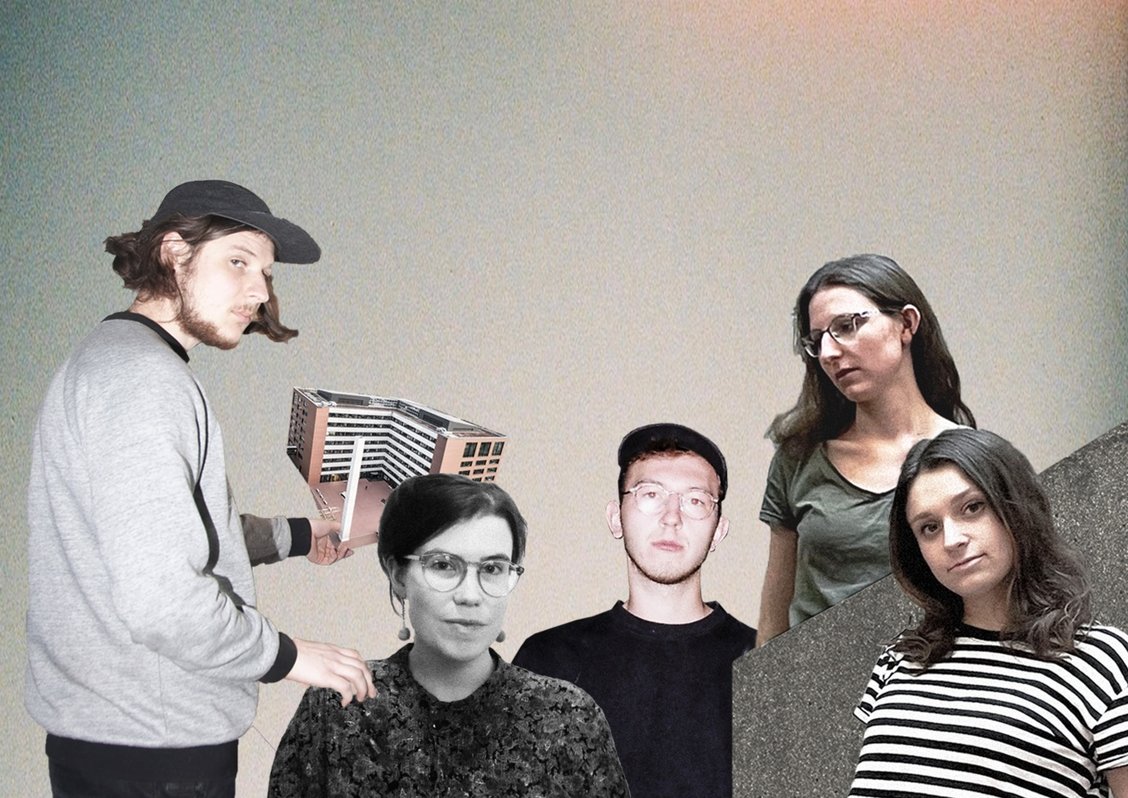