Five works from FA awarded at the Diplomky show

The diploma projects of five FA graduates were awarded in the 23rd year of the Diplomky competition. Anna Laubová came second, and David Foud came third. Special prizes were awarded to Jakub Kuchař, Kristýna Mastná and Klára Pavelková. The award ceremony took place on 5 December at the Prague Centre for Architecture and Urban Planning. 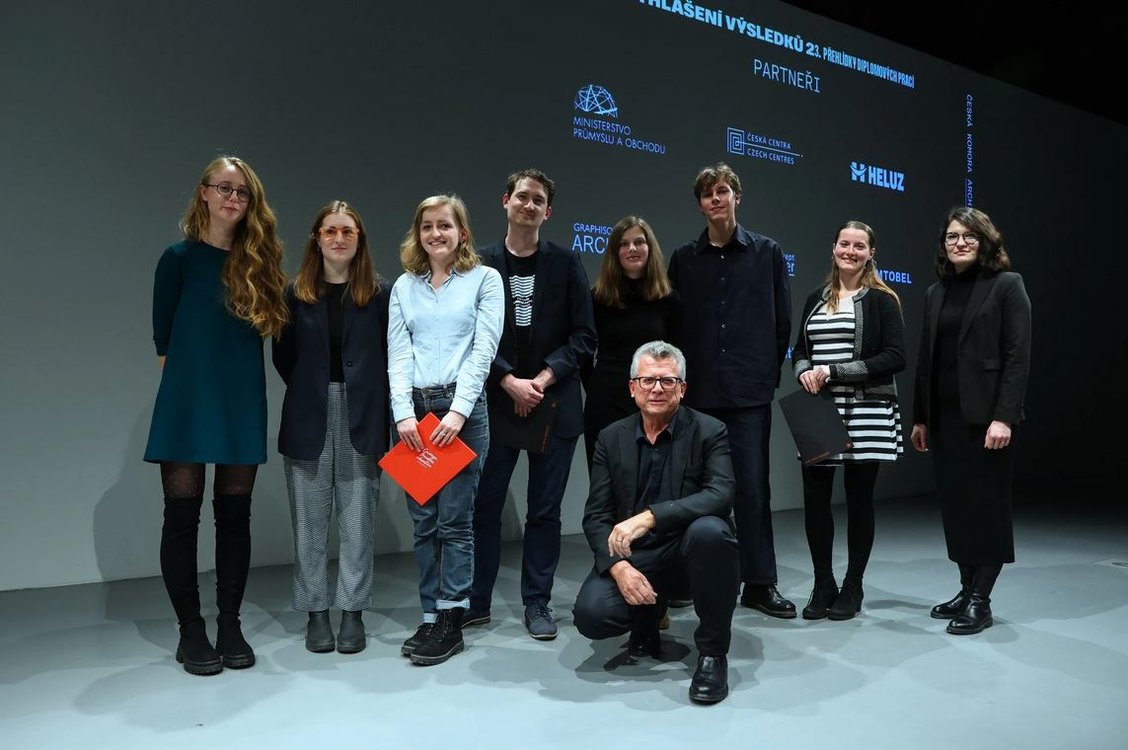 The competition is organised by the Czech Chamber of Architects and this year 97 graduates from Czech architectural schools competed for the prizes. The winning entries were decided by an expert jury consisting of Radmila Fingerová, Vojtěch Sosna, Miroslav Pospíšil, Marek Tichý and Martina Mertová. "The works responded to realistic assignments, in which the graduates could demonstrate their readiness for practice, then those that sought answers to more general current problems, as well as atypical assignments with bold solutions on the edge of utopia," the jury explained the range of topics of the submitted works.

FA graduate Anna Laubová won second place for her project "The Density Behind the St. Mikuláš Church, Velké Meziříčí," prepared under the supervision of Zdeněk Rothbauer. It reflects on the potential for further development of a part of the historic city centre that was forcibly rebuilt in the past. "It gives the place back the spirit it had before the insensitive interventions of engineers, builders and architects in the twentieth century. But everything is done subtly, modestly, almost invisibly, sensitively and humbly, always with the idea that the environment is more important than the buildings – they are there to create it, not to dominate it," praised the work of the jury, which also highlighted the remarkable breadth of the project. Under the direction of Tomáš Hradečný, David Foud designed ÚBOČ.34 the headquarters of the Memory of the Nation Institute for the Pilsen Region in the village of Úboč in the Domažlice region in the farmhouse of the persecuted Mastný family. According to the jury, the design of the permanent exhibition "reveals the context and facts in an authentic place where the powerful story of the landlord family took place in the past. The author keeps the concept on two levels. He leaves the original historical part in its former form and adds a new contemporary layer that connects the exhibitions, lecture and accommodation areas by an ingenious communication circuit." The judges appreciated that the professionally designed project is a way of awakening interest in the story of the place and its history. The special prize of the company Cegra was awarded to Jakub Kuchař for his work Fragmented Gallery, led by Štěpán Valouch. The project deals with the design of an outdoor gallery in the area of the triple bastions of St. Wenceslas, St. Benedict and the Virgin Mary in the northern foreground of Prague Castle. "The concept and the chosen fragmented – fragmented – form of the gallery, which has the potential to define the public space and whose exhibits become a natural part of it. In the disgracefully orphaned torso of a cultural monument, the author lets us see the beginning of the cultivation of the city on a wider scale," the jury's evaluation reads. 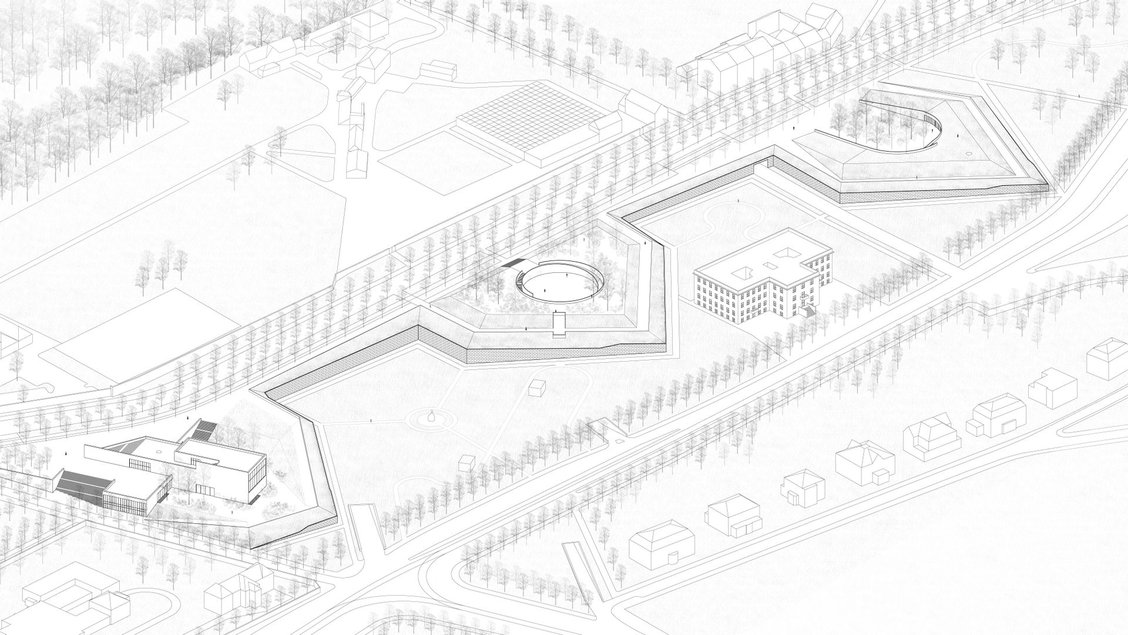 Kristýna Mastná was awarded a special prize by Heluz for her diploma project Housing Nový Střížkov. For the design of the garden city by the graduate of Michal Kuzemenský's studio, the jury appreciated "a comprehensive and definitely relevant opinion on how to approach the development of similarly interesting areas of Prague." According to the jurors, the work is also beneficial in studying and addressing the character of housing. 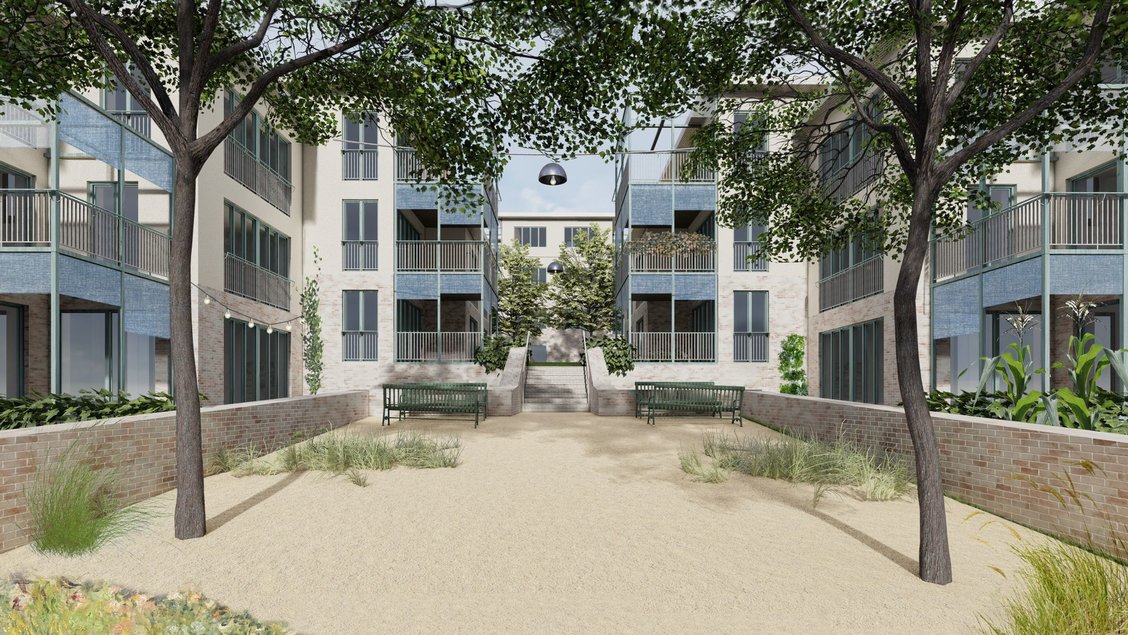 The special prize of Zumtobel was awarded to Klára Pavelková for her work Municipal Baths, Boskovice. Under the supervision of Vojtěch Sosna, she focused on the regulation of the Jewish town in Boskovice, the development of the gaps and the redefinition of spaces. She designed a new bathhouse building located in the original position of the now defunct Jewish baths. The jury praised "architecture with a strong opinion and without compromise, but very sensitive to its surroundings. The proposed interventions would make the site more valuable and attractive." The winner of the Diploma competition was Tatiana Uhríková from FA BUT with her urbanistic-architectural study proposing the conversion of a historic city block in Ljubljana, Slovenia, which focused on the general issue of densification of city centres.

The awarded and all submitted projects can be found on the diplom.ky website.