The world is not disposable, says architect Petr Vorlík in a new book on defunct structures from 1948–1989

A new publication entitled Architecture on the red list / Normal is not to demolish is published, which will please not only experts but also laymen interested in architecture. Its authors are experts from the Department of Theory and History of Architecture and students from the Faculty of Architecture of the CTU in Prague. In specific examples, they describe the mechanisms of the demise of Czech architecture in the postwar period and call for public debate. 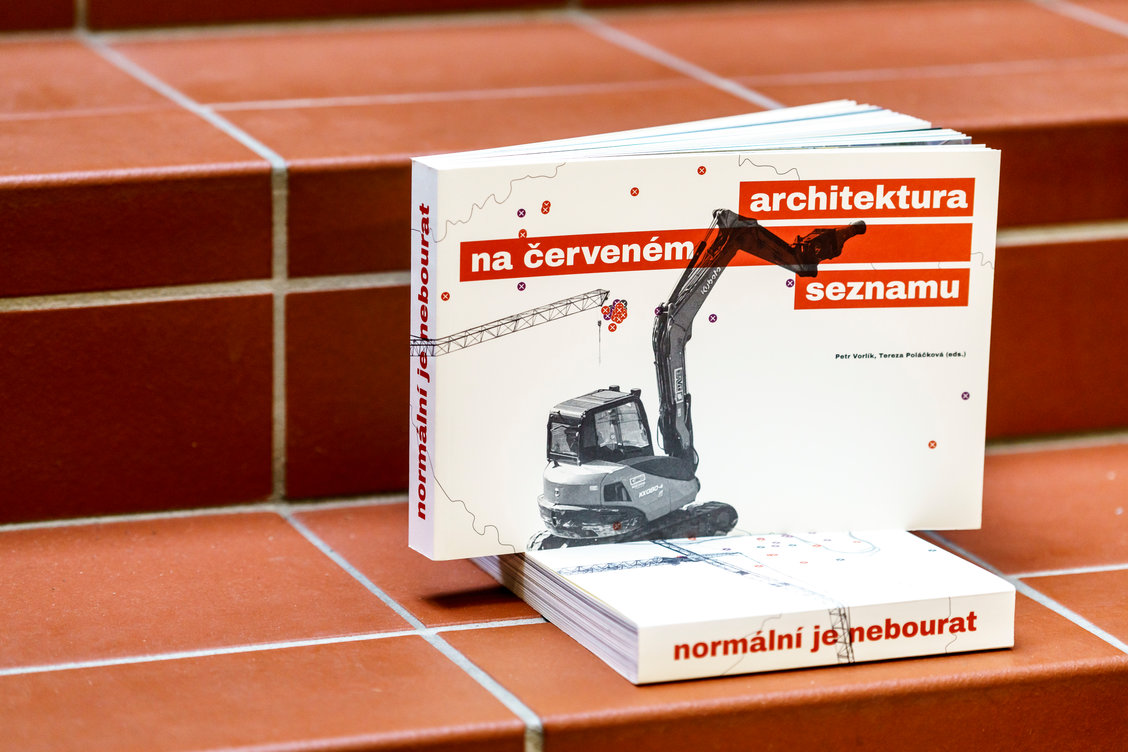 Among them, they mention the now non-existent Ještěd department store in Liberec, the Transgas buildings or the mazut heat pit of the Invalidovna Estate. For example, Transgas (the control centre for international gas transport standing next to the Českéhý rozhlas building on Prague's Vinohrady) was demolished despite its undisputed architectural and structural qualities and despite strong opposition from the general public, including foreign experts. But neither petitions nor loud protests and demonstrations prevented the demolition of this forceful and constructively innovative structure, mirroring the distinctive cursive techno-optimism of its time.

This is the first publication of its kind to cover the dying structures of post-war architecture across all regions. Of course, this is not a complete overview of the defunct or threatened architectural heritage of the post-war era. The structures were nominated for the book by a combination of offers of suitable assignments selected by academics and Ph.D. students from the Faculty of Architecture and the personal interest of the students of the seminar Postwar Architecture. The method chosen has given the contents of the book a startling variety and also offers a whole range of hitherto overlooked buildings, but they are of interest to the emerging generation of architects. There are also general texts and lists of ruined, degraded and endangered buildings, as well as listed or hitherto proposed cultural sites.

Our intention is not sentiment or prickly commentary on the state of society and its inability to look after the legacy of the past responsibly and with a long-term perspective. Rather, by doing so, we would rather support our shared ability to embrace and exploit the diversity of historical architecture. With a focused presentation of losses, we also want to appeal urgently. Indeed, the demise of stable natural and built environments, of established social and economic certainties, taking place in our tense present, shows that the values around which we walk every day often come to be valued only when we lack them and there is no turning back. Let us therefore move beyond the already irreversible losses and treat the book in particular as a memento and a lesson for the future, as a call to rescue and care for the values still existing and critically endangered," writes professor Petr Vorlík, editor of the book. Most importantly, he considers the constant attention to architectural qualities and the often unexpected generosity of these buildings, as well as the wide possibilities for their further use. Just as previously discarded historicism, secession, functionalism, or the architecture of socialist realism have been valued over time, so too is the slow turnaround for architecture from the period of normalization.

The usual argument for eliminating the structures created in the normalisation years is their ever-persistent association with propaganda pride in the achievements of the socialist economy. They represent the product of a time in which even the "dull panel housing estates" were created and in which the quality of both construction and society "fell to the bottom." Thus, even thirty years after the Velvet Revolution, a small portion of the public demands the erasure of these mistakes of the past and an expedited replacement with something more contemporary. But quality architectural works are often eliminated with shortcomings. And the real reasons for the demolitions – especially the pragmatic commercial extraction of the city – usually remain unspoken. “If we were to demolish everything built under socialism, does that mean we'll bury the Prague metro? Do we remove the key motorway from Prague to Brno? Do we tear down most hospitals, schools, cultural and sports buildings? Of course not. So alternatives must be sought. The world is not disposable. The energy injected into architecture should last longer than the narrowly limited interest of the current, fashion-led world achieves," explains professor Petr Vorlík.

The book can be purchased at the University Bookshop of Professional Literature at the National Technical Library, Technická 6, Prague 6 or at its e-shop.

The book was produced with the financial support of the FA CTU and as an output from the project Postwar Architecture - a Critically Endangered Species (IP RPMT 2019 and IP RPMT 2020) and the project Architecture of the 1980s in the Czech Republic - Personality, Identity and Parallel Considerations in the Background of Standardisation (NAKI II).