The architects and builders used half-round ceramic pipes for the chimneys in the Chodov metro station. The blue tiles at the kindergarten in Letná were originally intended for swimming pools. If an architect wanted to enforce his own idea in the ailing economy and the timelessness of normalization, creative transformation of everything available and bending the rules became his daily bread. 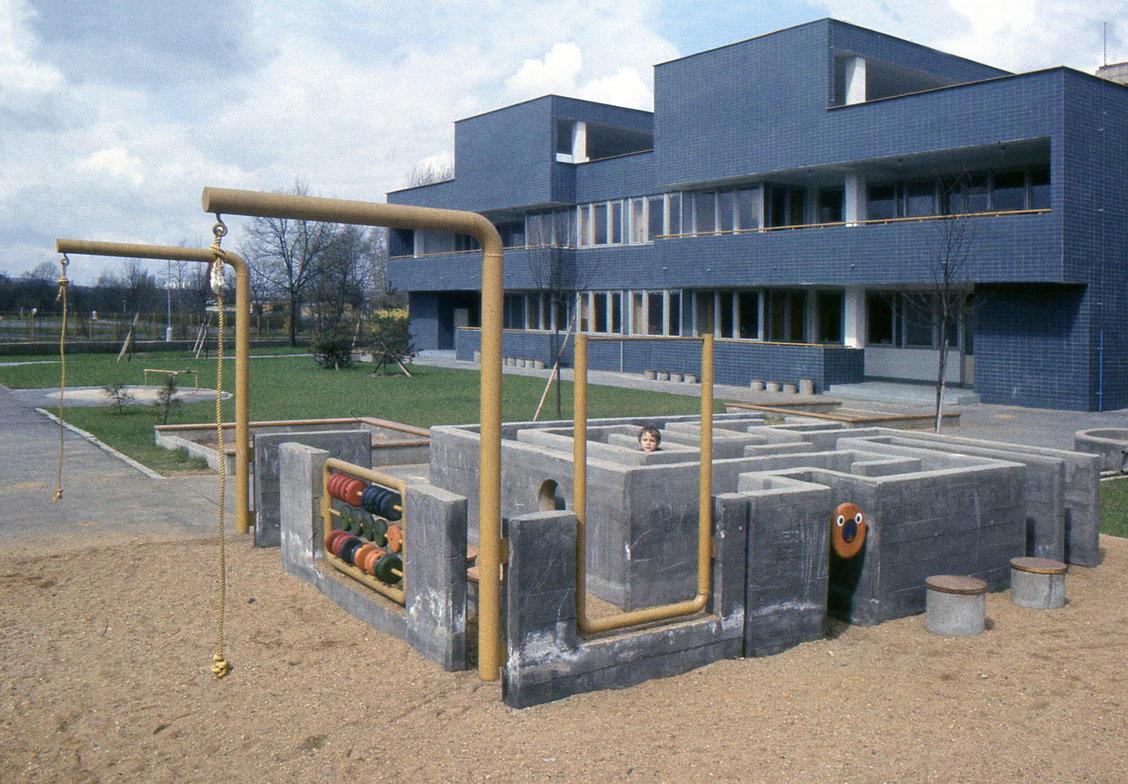 The exhibition, eloquently titled Improvisation, bears witness to the fierce struggle between architects and builders during the late normalisation period. The exhibition will be on display at the Mimochodem Gallery (in the subway underpass at Palackého náměstí) from 11. 11. to 1. 12. 2021, and was realized by architectural historians led by Professor Petr Vorlík.

Who would have thought today that the lining of the walls in the Chodov metro station (formerly Budovatelů) consists of longitudinally bisected ceramic pipes, which are manufactured for the construction of chimneys? They were made in the West Bohemian Ceramic Works in Poštorná and there are about 12,000 of them in the Chodov metro station. The resulting original look of the station, however, required much higher precision in laying, because each pipe had to be calibrated. Even the blue tile façade of the kindergarten in Prague 7 was not common in the 1980s. The tiles were obtained through the acquaintance of architects Vladimír Štulc and Jan Vrana in Chlumčany, where they were made for the guide strips at the bottom of the pools. The architects' acquaintance then had to hide the tiles for two years before the rough construction was ready for tiling. "The whole time we were terrified someone would steal it," the architects recall.

"The exhibition presents practices and manifestations that today may seem like DIY and a desperate battle with the cumbersome moloch of centrally controlled construction, but the results of constant improvisation imposed by circumstances deserve our attention," says one of its authors, Prof. Petr Vorlík, about its significance. Together with the catalogue, the exhibition is loosely linked to three previous books on the architecture of the 1980s – (a)typ  (2019), nepostavená (2020) and rozhovory (2020). A separate website, architektura80.cz, is also being created on the topic of 1980s architecture, where a specialised map and database of 1980s architecture can be found. 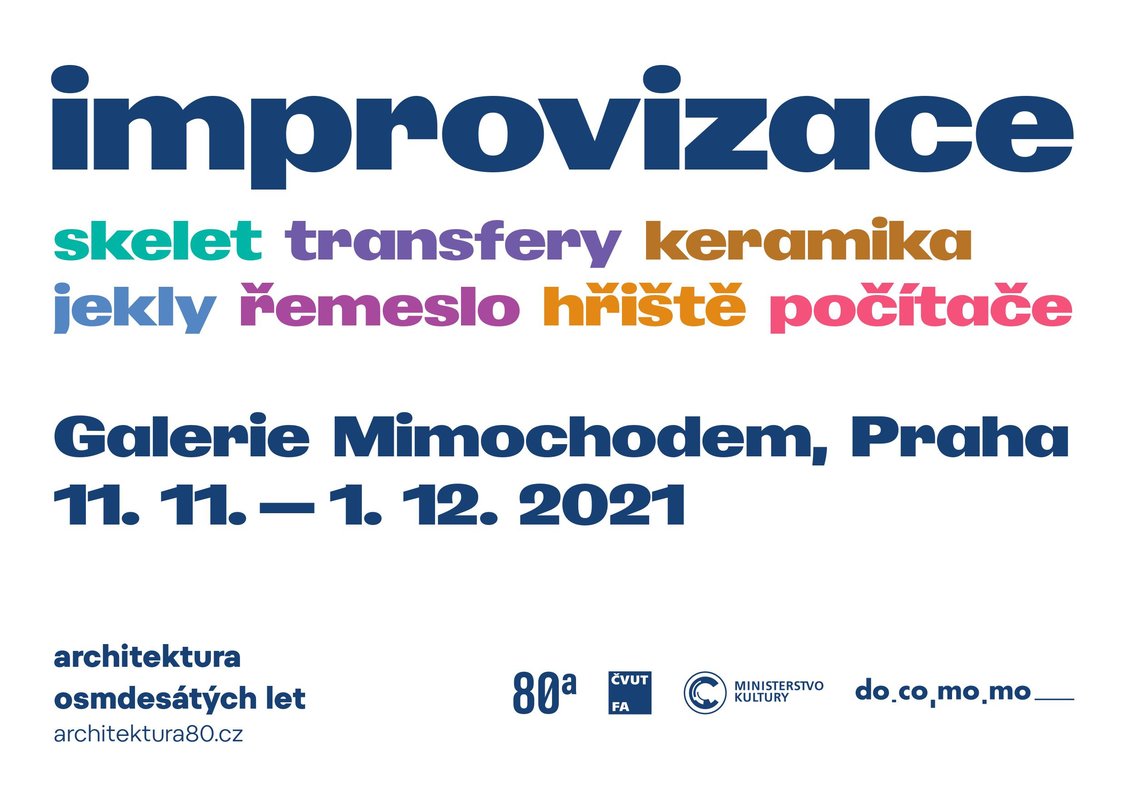 Improvisation. The Architecture of the Eighties

Improvisation. The Architecture of the Eighties

The exhibition and the catalogue freely tie in with the project’s first publication (a)typ (‘(A)typical’ 2019), which looked at selected buildings and phenomena that characterised the last years of the normalisation period, the second publication nepostavená (‘Unbuilt’ 2020), which showcased some oftentimes utopian and provocative architectural visions from the eighties that were never built, and the third book rozhovory (‘Interviews’ 2020). A special map and database that can be accessed at architektura80.cz have also been created to accompany the exhibition. All the outcomes of the project supplement and complete each other and together they offer inquisitive readers a rather surprising picture of a period that remains relatively overlooked and underappreciated.