The faculty email system will be changing on Friday, May 6

Martin Pospíšil will be appointed professor

Doc. Martin Pospíšil from the Department of Loadbearing Structures has successfully passed the procedure for appointment as professor in the field of Architecture, Construction and Technology. 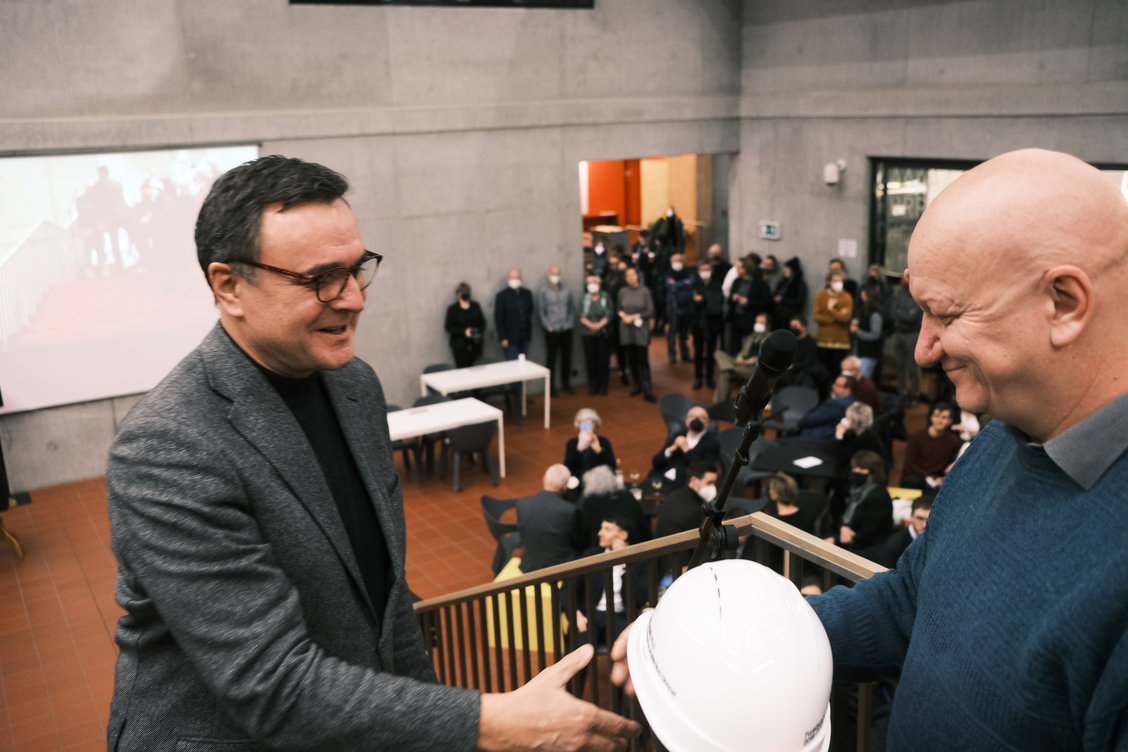 Doc. Martin Pospíšil from the Department of Load-bearing Structures, FA CTU in Prague has successfully passed the nomination procedure for appointment as a professor in the field of Architecture, Construction and Technology. As part of the appointment procedure, two professorial lectures on the topic "E-P method and its application in the survey of historical bridge structures" were held on 2 March 2022 before the Scientific and Arts Council of the CTU in Prague and on 19 April 2022 before the Scientific Council of the CTU in Prague. The documentation of the appointment procedure was then sent to the Ministry of Education, Youth and Sports of the Czech Republic for the preparation of the decree on the appointment as a professor and for its submission to the President of the Republic for signature.

In the professor's lecture doc. Pospíšil briefly summarized his previous more than thirty years of practice, completed studies, foreign internships and scientific stays and introduced a method for assessing the impact of diagnostic and remediation and reconstruction procedures on the monumental value of historical structures, which he compiled together with his colleague from the University of Strasbourg, Dr. Eberhardt, and which is one of the results of a five-year research project on the restoration of historic steel bridges, in which several units of the Czech Technical University in Prague cooperate under the leadership of Professor Ryjáček from the Department of Steel and Timber Structures of the Faculty of Civil Engineering.

Martin Pospíšil's personality has been associated with the FA CTU since 2009, when he joined as an external lecturer in the subject of load-bearing structures and in 2013 was appointed head of the Department of Load-bearing Structures. In 2017 he defended his habilitation thesis in Architecture, Structures and Technology and two years later he became Vice Dean for Science, Research and Art.

He is the author of the new concept of teaching statics and load-bearing structures in the Bachelor's degree programme, he has prepared the teaching of construction law for foreign Master's students and from the next semester also the teaching of Building Structures. In doctoral studies, based on his concept, a newly accredited doctoral programme in Architecture and Urbanism comprising five basic fields of science and research in architecture has been established.

Doc. Dr. Ing. Martin Pospíšil, Ph.D. graduated in stone sculpture at the Secondary School of Stonemasonry in Hořice, then graduated from the Faculty of Civil Engineering at Brno University of Technology, where he graduated from the Department of Steel Structures and Bridges. He received further education at the Institute of Forensic Engineering of the Brno University of Technology, at the Institute for Postgraduate Education of the Faculty of Law of Charles University in Prague and at the central office of the National Heritage Institute in Prague. At the Czech Technical University in Prague, he completed his Bachelor's degree in engineering pedagogy, a doctoral degree in architecture and civil engineering, a doctoral degree in the history of technology and courses in testing of building materials and structures at the Klokner Institute.

At the École doctorale d'histoire of the Paris Sorbonne (Université Paris 1 Panthéon Sorbonne; concurrently in a double-degree with the CTU in Prague), he graduated with honours with a doctorate in history with a focus on the history of technology (2013–2019; Dr. – docteur en histoire).

Professionally, Martin Pospíšil has focused on designing reconstructions of listed buildings. From 2000 to 2012, he worked in public administration as a state building and conservation supervisor on approximately one hundred buildings, some of which have won national or international awards (e.g. Kynžvart Castle, Bečov Castle, Teplá Premonstratensian Monastery). In 2010, he was appointed as a forensic expert in the field of construction, specializing in listed buildings, and for the years 2010–2012 he was appointed by the Minister of Culture of the Czech Republic as a member of his advisory commission for the heritage fund.