Studio projects that were created during study visits abroad last academic year can now be viewed at the Erasmus 2020 exhibition. The exhibition could not take place physically, so the facutly presents it in a gallery on the website. 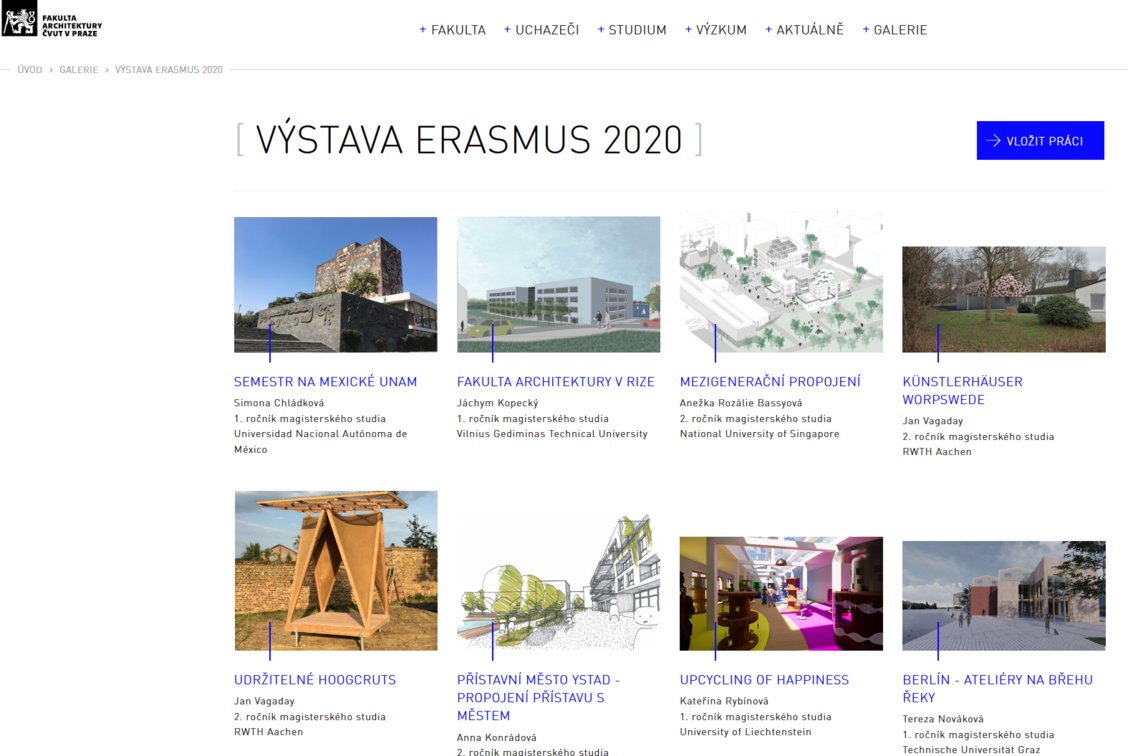 You can find the Erasmus 2020 Exhibition in Gallery on the website.

At a virtual opening on November 18, four dozen student works were presented and their authors shared experiences of studying in foreign universities with others. The purpose of the event was to motivate new students to the trip in the coming academic year, as the choice of destinations remains wide despite anti-pandemic measures and the deadline for applications for the first round of Erasmus+ & Exchange 2021/22 is already set for December 6.

Zdeněk Völfl, Michaela Černá and Matěj Kováčik talked about studying abroad, showing their projects, pictures and videos from schools, cities and roads. They encountered different approaches to teaching, studio work, as well as leisure, mentioning the systematic and organized nature of some universities, as well as the mild chaos and incomprehensibility of others' communications. At some universities, they may be open non-stop for students; elsewhere, they close in the evening, referring to the fact that a lack of rest is not conducive to health or study. Various positions, a variety of views, solutions, and values were presented during the opening. Yet all faculties had one thing in common – a stimulating environment for study.

"Studying at a foreign school, living in a different environment, orienting yourself in it, and functioning, is an experience beyond price," says Irena Fialová, Vice dean of International Relations. Her words are echoed by students who have traveled. “I think I have changed a lot. While studying abroad, I encountered many different approaches and views on architecture, as well as other cultures and views on life overall. Thanks to this experience, I found my own opinions and attitudes, clarified what I want and expect from my field, but also generally found myself," Michaela Černá summarizes her studies at the School of Architecture, ETSAB, in Barcelona.

Her classmate, Matěj Kováčik, who spent a semester at the Faculty of Architecture and the Built Environment of TU Delft, was surprised that teachers were constantly discussing the method with students. “They were not interested in the results, but how to achieve them. We also had more debates and field trips. One did not have to spend so much time studying; on the other hand, we were expected to be more involved in the actions of the student community," Matěj Kováčik sums up.

As a key experience of the stay, Matěj Kováčik cites a party at which he discovered a book about Buddhism in the owner's apartment. It directed him not only to the topic of the final work, but also to the beginning of the search path. “If it weren't for my isolation from the home comfort zone, nothing would probably have happened,” says Matěj Kováčik, describing an experience that may have changed his life. More about his project can be found here.

The basic condition of the Faculty of Architecture of CTU for a semester or two-semester study stay abroad is to be a Master's degree student, to know a language at least to B2 level and to succeed in an interview. There is a wide range of schools for students to study or practice abroad, not only at 56 schools in Europe, but also overseas – from Argentina and Peru to Japan, Taiwan, or South Korea. Read more about your opportunities to study abroad in our Outgoings Guide brochure or directly in the Study Abroad section of the faculty website.

Last year, about 80 students studied abroad and vice versa, some 150 foreign students at the Faculty of Architecture of CTU came to spend a semester or two. The advantage of exchange programmes is that students receive free tuition and a scholarship to cover part of the costs of studying and living abroad. Despite the complications with the coronavirus pandemic, most students successfully completed their summer semester at a foreign university.
Erasmus+ is a European Union program promoting the foreign mobility of higher education students and teachers and cooperation in higher education in Europe. Thanks to Erasmus+, it is possible to study at another university, in another country and with students from different parts of the world. 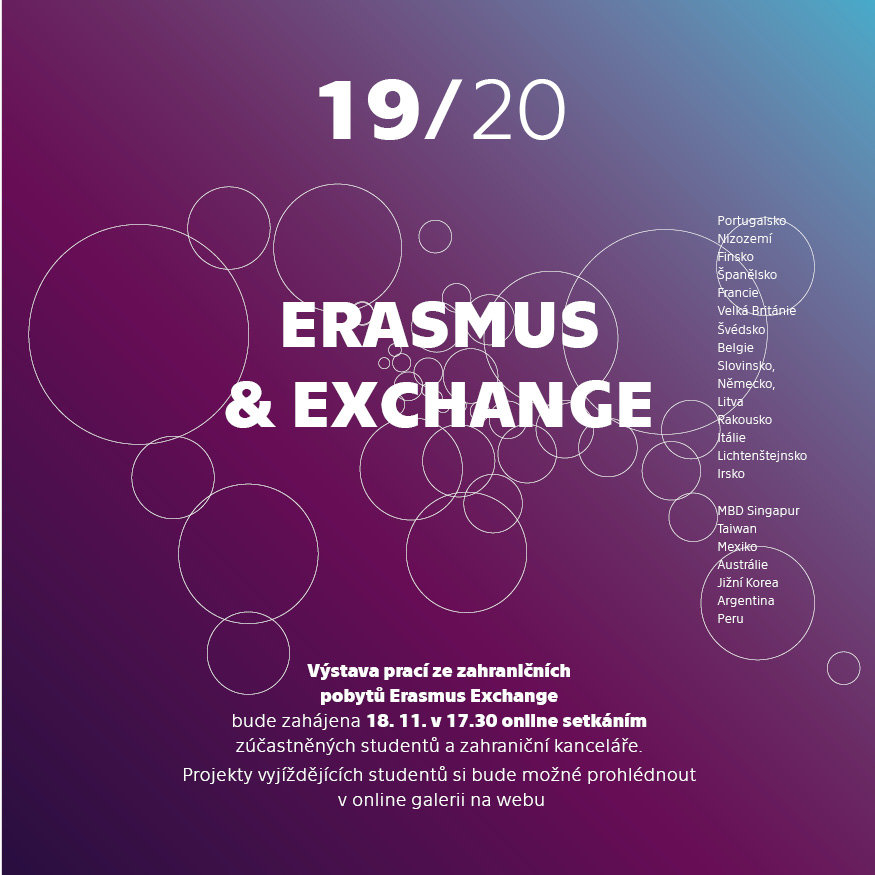 What do students think are the general benefits of studying abroad?

Diversity of tasks during semester in Brisbane

For design student Ngoc Thi Anh Leo, the key experience of one semester at Australia's Queensland University of Technology was the variety of tasks they worked on in such a short time: "It was a big change from our system, which is focused on one or two projects during the semester. I have learned to act much faster and to engage with different disciplines and resources," says Ngoc Thi Anh Leo.

You can find more about her project here. 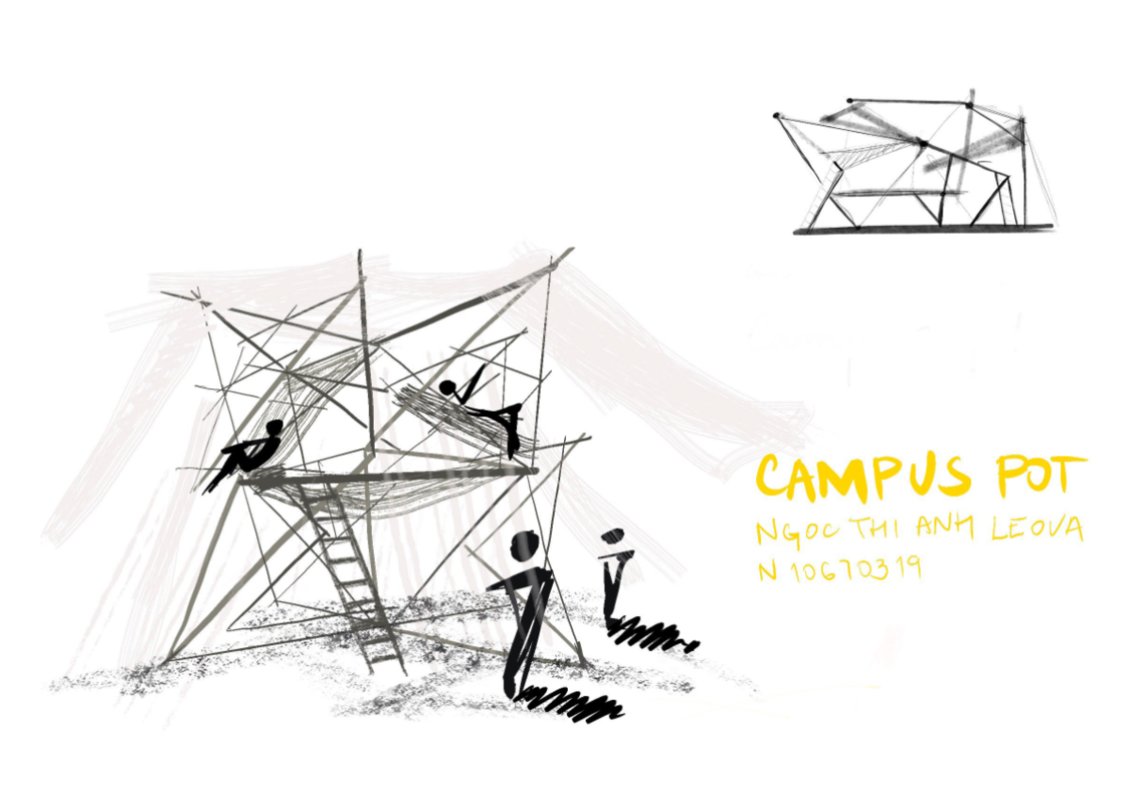 Philosophical Discussions on the Landscape of Bordeaux

A student of the Landscape Architecture Program Eliška Šárová considers her six-month stay at ENSAP Bordeaux National School of Architecture and Landscape to be rewarding in professional and personal terms. “At school I experienced another way of teaching landscape architecture that was more philosophical and artistic than teaching at our faculty. We read many expert articles on the landscape and then discussed them in class. We also did a lot of drawing, painting and photography. Besides teaching, I was enriched by my stay in Bordeaux itself. I was able to take inspiration from many examples of good landscape architecture and urban planning as I moved through the city on a daily basis. I have a lot of experiences in Bordeaux that I will never forget and will certainly always be happy to return to,” says Eliška Šárová.

You can find more about her project here.

Zdeněk Völfl studied for one semester at the Faculty of Architecture and Urbanism at PUCP University in Lima, Peru. He chose Lima because he was fascinated by the organics of rapid urban growth, of improvised structures, and he believes that the experience will be extremely useful in today's world. In his studio project, he designed a vast civic service center typical of South American megacities filled with disparate operations from swimming pool to restaurants, theaters, movie theaters, libraries, to medical facilities. In another project, he proposed how to solve Lima's water supply, for which he analyzed water management throughout the metropolitan area.

You can find more about his project here.

You can see all the exhibited works of the Erasmus 2020 Exhibition here.

Students can apply from 5. 10. to 6. 12. 2020 through the Mobility application where they fill in information about themselves, select three preferred universities for their study tirp, register for language tests and finally send the application. Attention, without sending the application it is not possible to approve the trip or continue the selection procedure! Students who are in the follow-up master's degree program at the time of departure can apply.

If you need more information, please, reach out to Bc. Jarmila Vokounová at jarmila.vokounova@fa.cvut.cz.